Homepages
Your trusted place for Sierra Leone and global news
Trending News
HomeFeaturedAfrica as One: How Distance Learning Centres Have Enabled Capacity Building Across Africa

Africa as One: How Distance Learning Centres Have Enabled Capacity Building Across Africa 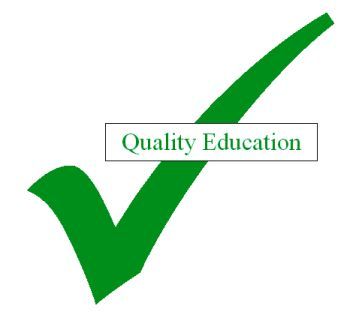 Africa as One: How Distance Learning Centres Have Enabled Capacity Building Across Africa

“Education,” said Nelson Mandela “is the key to everything.”

Participants in last week’s (28 – 30 May) eLearning Africa Conference in Kampala, Uganda, were in no doubt, however, that it is the combination of education and information technology that is critical to Africa’s future. Stanley Simataa, Namibia’s Minister of Information and Communications Technology, told a special meeting of ministers of education and ICT at the event that “a 10 per cent increase in investment in broadband infrastructure will guarantee a 1.3 per cent increase in economic growth.” And the influential eLearning Africa Report, which was published last week, stresses that “if education is the key to everything, the key to the education of the future is infrastructure.”

A striking example of the powerful effect of this combination of education and communications infrastructure is the network of distance learning centres, that has been built up across Africa. The centres are local and regional communication hubs, which facilitate knowledge-sharing, education and training for leaders and professionals in the private, public, civil society and NGO sectors.

During the last decade, the centres have made an enormous contribution to enabling African governments, businesses, NGOs and ordinary citizens both to seize the new opportunities available to them and to respond effectively to numerous crises.

“Under the leadership of Dr Mor Seck, the Director of the Senegal Distance Learning Centre, the Association of African Distance Learning Centres (AADLC) has played a crucial role in building the capacity of its members using the distance learning model,” says Charles Senkondo, Director of the Tanzanian Distance Learning Centre. By facilitating the sharing of expertise and offering a forum for pan-African strategising between key stakeholders, the centres have helped African countries both to take advantage of new trends and to mitigate the effects of numerous recent crises, including the global financial collapse, mango fruit fly, management of mega disasters and the outbreak of bird flu.

Poverty reduction and economic growth have also been a particular focus of activity for the AADLC and several recent initiatives have had a major impact.

“Enhancing rice production has contributed significantly to reducing poverty,” says Mrs Njambi Muchane, Director of the Kenya Distance Learning Centre. “And our initiative on enhancing flower production for export has also been very important for the economy.”

The DLCs are autonomous (an important factor for the World Bank when it originally decided to support their establishment) and even more important to Africa’s burgeoning private sector than to governments.

“This autonomy has been a vital factor in their success and sustainability,” says Charles Senkondo. “DLCs have been of great service to the private sector in providing diverse services that would not have been available without DLC technology. For example, we have been able to facilitate the participation of private sector providers in Africa in competitions for global tenders and many negotiations have been done through video conferences using our facilities.”

Mr Senkondo attributes much of the AADLC’s success to the determination of the organisation’s President.

“Mor Seck has spearheaded initiatives for capacity building in finance and administration, leadership development and technology management for staff in DLCs across the continent. He has led the development of a video conference-based platform for the continent and he’s been at the forefront of promoting the involvement of DLCs in the planning and implementation of the eLearning Africa Conferences”.

Mr Seck has masterminded AADLC’s expansion across Africa, in the process creating an organisation that is playing an important role in enabling Africa to seize the opportunity that the combination of ICT and education brings.

“We started with about six countries,” he says, “and, in ten years, we’ve expanded to more than 15 countries, which are actively involved and engaged in the network. We’ve made expertise in distance learning management and education really available in a short period of time in Africa. We’ve helped to overcome the language barriers and got people to communicate, share their expertise and work together to overcome problems and make the most of new opportunities. This is Africa as one and it’s something I’m really proud of.”

“I want to increase the number of countries participating in the network,” he says. “I want to boost the in-country networks in all African countries and to enable more people outside the capital cities to have access to the sharing of knowledge and experience. This is vital for the future of Africa. I also want to make sure that the AADLC continues to help develop global capacity because we played a significant role in the development of a global network. We were instrumental in the setting up of GDLN (the global development learning network) in 2000.”

“I believe that what we have done has been of real significance for Africa but what Africa can do for the world is even more important. And we have a leading role to play in that.”