An overview of the decade long NPPA in Sierra Leone 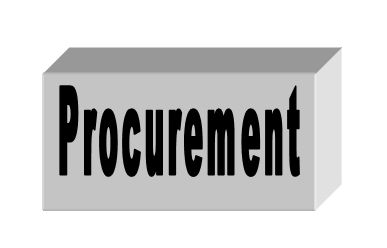 An overview of the decade long NPPA in Sierra Leone

Public procurement systems are the bridge between public requirements and private-sector providers. Governments provide goods and services to meet a variety of citizen-needs. These items are obtained from either internal government organisations or from sources external to the government in the private sector.  In this sense, governments traditionally use their budget process to decide if they will ”make” something in-house or ”buy” it from others through their procurement system, just as a private company makes similar decisions in their enterprise resource plan.   However, unlike private sector procurement — public procurement is a business process within a political system — with distinct considerations of integrity, accountability, national interest and effectiveness.

The business operations of government, as controlled by public procurement systems, affect many different elements of society.  First are the procuring entities which have needs for material support (e.g. roads, hospitals, schools/universities and educational supplies, etc.) to fulfil their designated national missions.  Then there is the business community of actual or potential suppliers to satisfy the government’s identified requirements. But, for the government agency’s needs to be properly considered by a supplier, they must be expressed in clear terms, compatible with public policies involving such areas such as competition, social and economic goals, and transparency of the basic rules and procedures. Procurement actions should encourage suppliers to value government business and provide satisfactory quality, service and price in good time. There are also professional associations, academic entities, and public interest groups, which have important views in how public management institutions are to perform.  The general public is more likely to feel satisfaction when they know that expenditures made through the public procurement system are economical, rational and fair.

It was not too long ago that the subject of public procurement would not get any attention from key decision-makers in Government.  It was considered an administrative function too mundane to worry about. However, several developed countries have taken steps recently to revise their public procurement systems to improve their efficiency and generate savings.  The federal government of the United States began a program to Reinvent Government in 1994.  One of its first tasks was to reform the laws of the public procurement system to make it more efficient.  Likewise, the United Kingdom began a study in 1998 called Efficiency in Civil Government that has resulted in several improvements for government.  The government of France is developing recommendations that will also improve the efficiency of its public procurement system.  In all these cases, billions of dollars have been, or are expected to be, saved through improvement actions.

In addition to the financial funding of the government of Sierra Leone, the Integrated Public Financial Management Reform project (IPFMRP) a muliti donor project with funding from the European Commission, DFiD, World Bank and the African Development Bank has been very instrumental in providing financial support to the National Public Procurement Authority through the Public Financial Management Reform Unit (PFMRU) in the Ministry of Finance and Economic Development.

It’s been a decade since NPPA was established. The authority has faced numerous issues and challenges amongst them flouting of procurements rules leading to losing millions of dollars in the process. Prominent among them is the NASSIT ferry saga with shady deals leading to the purchase of an obsolete ferry and the Income Electrix given sole source priority to purchase about 15 million dollars worth of a generator that could not work. The Income Electrix deal clearly shows the dubious and corrupt circumstances leading to the government’s undertaking of the Income Electrix Ltd (IEL) and the Joint Venture Agreement (JVA) with the Delaware and Owl Group/Emioeola Group (D&E) contracts that were undertaken to bring electricity to Freetown from 2008-2010. Had there been a proper procurement procedure with strict guidelines such situation would have been avoided. Other procurement cases that have been flouted includes the recent award to upgrade the Bo Electricity Power grid that did not go through the required procurement process, the Bo-Pendembu road that is allege to have been offered to the President’s brother, x-ray machines to Connaught Hospital, road construction contracts offered only to Chinese companies etc.

It should be noted that single source procurement may be requested when you have determined that only one source exists or is acceptable or suitable to meet your needs. State the facts or attach supporting documentation which support by clear and convincing evidence that only one source exists or a detailed explanation why competitive sealed bidding, competitive sealed proposals, or small procurement procedures is not suitable or acceptable. You must also include a statement as to why award to a single source is in the State’s best interest. Acceptable evidence includes a letter from the manufacturer that states the item(s) is (are) available from only one source, a “no quote” response from at least two other vendors which states they do not carry the item(s) requested, or a statement from GS that, to the best of their knowledge, only one source exists.  You may advertise intent to make a sole source procurement to determine if other sources are available or interested in a particular procurement. Do not award sole source procurement if an alternative source exists. Conduct negotiations with the contractor, as appropriate, as to price, delivery, and terms of the procurement. Limited Competition. Provision of electricity to Freetown and environ did not fall under the above category as propagated by the government.

The World Bank clearly indicated that the contracts were not economically viable for Sierra Leone, and that even a government with clueless ideas about economic policies would not have signed the contracts. Although not stating it directly, the World Bank report tells that the contracts were corrupt at their core, and demonstrated a high degree of financial and economic mismanagement. The analyses provide an eye-opening account into how one of the first major decisions undertaken by the new government of Koroma in 2007 was so corrupt that it would financially wreck the country.

What role did NPPA play during the ferry and generator purchase? Were they involved in the process?  So what is the purpose of the Authority when the head of NPPA I understand is paid over five thousand United States dollars every month and procurement are grossly flouted costing the people millions of dollars. Are procurement officers attached to MDA,s well trained and have the requisite qualifications and experience. It must be noted that procurement is no longer a mundane department but a well professionalized and established department that should be run by professionals. It should be a prerequisite and mandatory for Procurement Officers to pursue the graduate diploma in Procurement offered by the Institute of Public Administration and Management (IPAM) especially for them to fully grasp the knowledge of procurement and acquisition law. This is critical in case there is litigation in the court of law brought in by contractors. The procurement officers will in effect be the prosecution witnesses to protect the MDA,s.

NPPA should also on an annual basis provide a report on all procurement activities covering all MDA, s and other government departments. These reports should entail activities relating to the type of contract, amount involved, status of the project and defaulters among the contractors.

Above all parliament should ensure that all procurement related activities of all MDA,s and other governmental institutions that uses public funds are channeled through the NPPA which should be professionalized in terms of staff qualifications and experienced.

Author is a Procurement Specialist based in Maryland USA

The Paradoxical Rhetoric of the Pu...

NPPA Engages Stakeholders On The Way For... 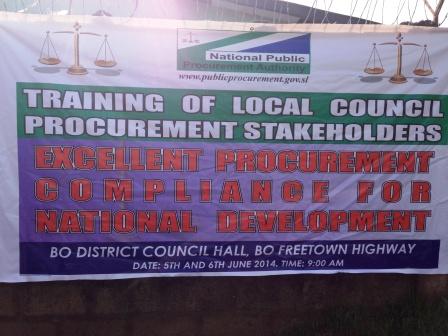 ACC Commissioner calls for integrity in...