Geneva (Switzerland) / Makeni (Sierra Leone) – Addax Bioenergy is pleased to announce that its facility in Makeni, Sierra Leone, has started producing sugarcane bioethanol and renewable electricity. The company will produce 85,000 m3 of bioethanol per year by end 2016.

The pioneering project involves the development of a Greenfield 10,000 hectare sugarcane plantation, the construction of a bioethanol refinery and a biomass-fuelled co-generation plant to produce green power and contribute about 20% of Sierra Leone’s national electricity requirements. It has been developed in partnership with eight Development Finance Institutions, and is the only bioethanol project to be brought to financial close in Africa.

Addax Bioenergy is certified under the Roundtable on Sustainable Biomaterials (RSB) and complies with the most stringent global sustainability standards, including the World Bank’s IFC

“This is a great achievement for the people of Sierra Leone”, stated H.E. the President of

Sierra Leone, Dr. Ernest Bai Koroma. “My Agenda for Change identifies agriculture as the engine for socio-economic growth and development with a focus on the commercialisation of the agricultural value chain and promotion of private sector participation. The Addax Bioenergy initiative is the largest private sector investment in Sierra Leone’s agricultural sector to date and provides a great example of successful investment in our country. We will be using it as a model

on how to integrate local communities to further enhance their skills in a range of trades and professions. We are also proud to participate in global efforts to reduce greenhouse gas emissions by replacing fossil fuel-intensive electricity production,” Sierra Leone’s President added.

The production of power will reduce greenhouse gas emissions by 56,000 tCO2 per year through the replacement of fossil fuel-intensive energy, and is the first initiative in Sierra Leone to be registered as a Clean Development Mechanism (CDM) project of the United Nations Framework Convention on Climate Change. The certification by RSB of the agricultural estate and production facilities in March 2014, the first of its kind in Africa, is an important recognition

of the sustainable practices implemented by Addax Bioenergy.

“This is a proud moment for Addax Bioenergy and the people of Bombali and Tonkolili Districts, who have been closely involved in the project from the start,” declared Addax Bioenergy CEO,

Simon Cleasby. “The project has taken six years of investment, commitment and cooperation on the part of many stakeholders to develop this pioneering project, which demonstrates the potential of Sierra Leone and its people. The project has already brought significant local improvements, including food security through our farmer development programme and increased school attendance, health and new-home building thanks to family incomes. This reflects our ambition to set a benchmark for sustainable bioenergy investment in Africa. I extend

my warm thanks and recognition to all our staff and contractors who have made this possible,” he commented.

“Addax Bioenergy has changed our lives,” stated Mr. Sylvanus Shyllon Sesay, Representative of Land Owners. “The Company has been clear, straightforward and transparent from the start, and always put local interests high on their agenda. They have already brought lasting benefits through agricultural training that has vastly improved food security in the area; the development of an extensive public roads network, access to clean drinking water; reforestation; as well as the income from salaries – all this even before the company has any revenues,“ he declared.

The EUR 400 million project currently employees over 2,700 people and has significantly contributed to the development of local skills, training all staff from machine operators, to electricians and welders. It has also put in place a Graduate Advancement Programme to prepare for local management of the company.

Addax Bioenergy represents a major breakthrough in Sierra Leone’s efforts to become a hub for renewable (bio)energy alternatives. The project has already brought multiple benefits to thousands of people in and around Makeni and also to Sierra Leone as a whole. We have become pioneers in sustainable agriculture and are witnessing the benefits of a global approach that does not only produce sugarcane ethanol but also provides electricity, jobs, skills development, food security and the ability of local communities to invest in education and health. A truly virtuous circle of sustainable development is emerging in Sierra Leone.”

Addax Bioenergy is a subsidiary of private investment group AOG. It was formed in 2008 to develop a sustainable investment model for bioenergy in Africa. It has developed a sugarcane based renewable energy project near Makeni, Sierra Leone, that is producing bioethanol for export and renewable electricity for its own operations, as well as about 20% of the country’s power grid. Addax Bioenergy has created a pioneering model for Africa by partnering with eight European and African development finance institutions; integrating strict social and environmental criteria from the start; implementing the largest food production and agricultural training program in the country; introducing innovative social solutions; and demonstrating transparent business conduct. 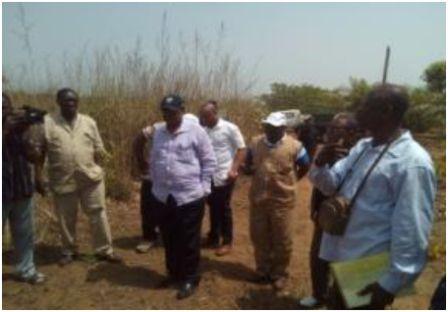 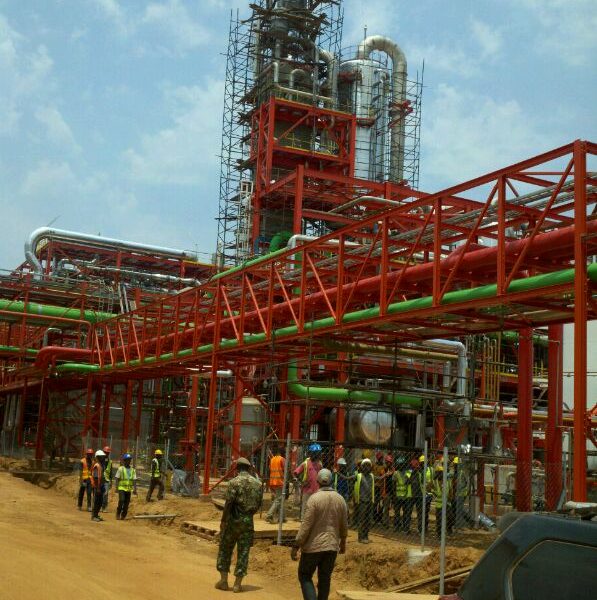