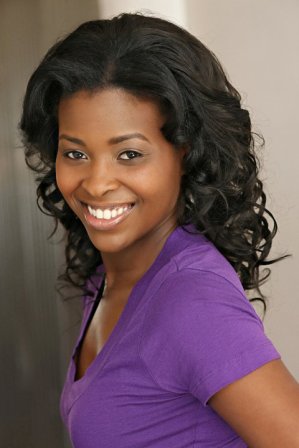 How I Make A Difference (HOIMA), a New York based organization in collaboration with United Nations Association of the United States of America Young Professionals (UNA-USA), African Affairs Committee has organized a screening of the film Mother of George, with the goal of highlighting “how African women view marriage, culture, gender related issues” and adjustment to the challenges of life.  (Photo: Mariama Cire Keita)

The screening sponsored by Ghana Mission to the United Nations, UN WOMEN and Made in Africa respectively, will take place on Thursday, March 27, 2014 from 6 pm to 9 pm at the UN Secretariat Building, Dag Hammarskjold Library Auditorium in New York City.

I caught up with Mariama Cire Keita, a Communication Specialist, founder of (HOIMA) and primary organizer of the event.  She candidly spoke about her motivation for the screening event and the conception and implementation of her HOIMA initiative.

What is the inspiration behind the presentation of this upcoming film screening event?

I attended a premiere screening of Mother of George last year, hosted by Applause Africa Magazine based in New York City and was blown away by the cinematography and the inspiration behind the film’s narrative. During the early stages of my career, I worked in the fashion and entertainment industry. As a result, I have an appreciation for the Film Director, Andrew Dosunmu’s creative eye as talented international fashion photographer by training.

Due to this connection, I approached Andrew immediately after the screening and told him, “I want to feature this film in a United Nations setting.”  His response was, “Let’s make it happen.” At the time, I held a Fellowship position at the United Nations and worked under the leadership of senior Advisor, Djibril Diallo to the Executive Director of UNAIDS as well as served as a UNICEF Volunteer. Due to my exposure to supporting and managing high-level engagement portfolios within the UN system, I put my resources and contacts to use and decided to organize an event on something new and exciting that goes beyond your typical development narrative of aid and assistance.

As I pivoted my career path into International Development in 2010, the arts, entertainment and development world rarely connect. In response, I enjoy organizing first of its kind programs and events combining my connection to the arts and international development.   Most importantly, as a member of the Guinean Diaspora, it is with passion that I support leading African talent that Hollywood ignores and highlights their work in new platforms that cater to global audiences.

After 5-months of preparation and due to the great relationship of one of our co-producers, Tooni Akanni had with the Ghana Mission to the United Nations, the Deputy Permanent Representative, Mr. William Awinador-Kanyirige embraced our vision with open arms and serves as our host, working in partnership with the United Nations Association -Young Professional, African Affairs Committee headquartered in New York City.  Mother of George is truly a global story that introduces to the world Nigerian culture and highlights the struggles of what an immigrant couple goes through in trying to conceive a child, which the ending of the film ultimately has the viewer guessing what comes next.

Why did you choose Dag Hammarskjold Library Auditorium at the UN Headquarters for the venue of the screening?

The Dag Hammarskjold Library Auditorium is one of the main venues utilized for film screenings at the UN and our event scheduled for Thursday, March 27, 2014 has reached full capacity.  Overall, the main objective was to bring what the New York Times in 2013 and Washington Post named as one of the best films of the year into a UN environment, so my mission has been accomplished. What also makes this film being showcased at the UN symbolic during Women’s History Month, is that the Mother of George narrative was inspired by a former International Women’s conference held at the United Nations. My vision was to do more than just have a film screening, so the team and I incorporated special guests into the program line-up that tied into the Women’s agenda. As a result, Elizabeth Nyamayaro, Senior Advisor to Under-Secretary General and Executive Director of UN Women will contribute brief remarks and participate in the program.

You are absolutely right, that I had many options to choose from but it was the compelling story delivered by the Screenwriter, Darci Picolut, describing how as White women she struggled with not being able to conceive a child and then later connecting with Andrew to create the Mother of George masterpiece. In response, I was immediately sold and knew I wanted to assist in adding value to promoting this film. Ironically, after seeing the film I knew the custom designer, Mobolaji Dawadou and many of the film extras. The fashion and African designs featured play an intricate part of the storyline.

The second part to that question is what are the criteria used to make the selection?

There really wasn’t any specific formula I used in my decision-making to feature Mother of George at the UN.  It was simply my connection to the work of the filmmaker driven by my passion for supporting all things that positively promote Africa.

What are you and your co-organizers trying to accomplish from this Mother of George film screening?

As the moderator of the event, I am looking forward to leading an insightful Q&A session with film director Andrew Dosunmu and writer Darci Picoluti, and engage an audience filled with development actors, UN officials, academic professionals, media, and entertainment executives.  I take pride in serving as a bridge builder between US and Africa populations.  More importantly, this is an opportunity to build a foundation and strengthen partnerships with UN entities to collaborate on future projects, which normally don’t take place in a UN setting.  In the spirit of Women’s History Month, Orobosa Owie, Director of United Nations SNY Division for Young Professionals said, “We wanted to give the UN audience the opportunity to view how we as women view marriage, culture, gender related issues and at the same time showcase our ability to adapt to life challenges.”

Explain briefly your organization HOIMA and its collaboration with UN Women, United Nations Association Young Professionals and Made in Africa for this project?

HOIMA stands for How I Make A Difference and is a leadership initiative that specializes in preparing and empowering young African women for competitive internship and fellowship programs. Inspired by my graduate thesis work on African women, and due to my shared experiences of being a part of top-tier leadership programs that include, White House Internship under President Obama’s Administration and making the semi-finalist round of the Presidential Management Fellows Program in Washington, DC., this has provided me with the expertise and passion to groom talented students on the continent to have access to similar opportunities. The goal is to improve the skills deficit among youth with a focus on women in sub-Saharan Africa. Orobosa Owie was an ideal partner for our shared interest in leadership and creating new platforms of high-level engagement created an instant connection.  Two-like minded women of Guinean and Nigerian descent joined forces during Women’s History month to organize a first of its kind event at the United Nations. As programming always involves financial costs, Made in Africa has so kindly provided an in-kind donation to our joint venture.

Our resolve for country’s prosperi...