Drinking from the same defamation jug 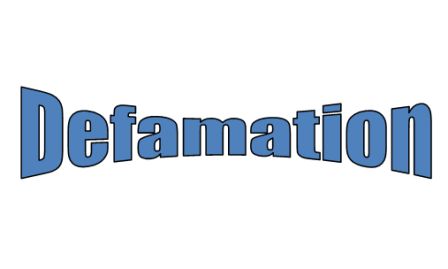 Drinking from the same defamation jug

I have read derogatory writings before but the one a guy calling himself Pipul Pikin wrote about Junior Navo astonishes me.  When I read it, and knowing what went on between these two guys, I felt as if there are no Sierra Leoneans that believe true and genuine patriotism.  Let me just quote this guy

“My report is criticized by the youth and the media because the media specialist at African Minerals is a Youth Ambassador and has a string of newspapers under his control, and the people and journalists are afraid to openly criticize the government. What I reported is not too different from a similar report published by Mr. Gabrielle of the World Bank in Freetown”, Dr. Peligal emphasized.  So who is the Youth Ambassador at the 419 African Minerals?”

This is what this guy will insinuate against someone who has been so hard working as a young man in Sierra Leone.  Saying but as little as I know Junior Navo has been one of the young persons in Sierra Leone that has boldly come out to challenge the domination of old people in that country. He has quickly walked himself into the fold of old people and pierced through them to obtain keenly contested positions in one of the leading political parties. When the SLPP lost and happened to be the party of Junior Navo, he stayed away from mainstream politics and concentrated on building young people into valuable adulthood and therefore created the appropriate platform where this would happen.  He started with having a radio station where young people will have the chance to voice out their concerns. He added that with a newspaper and other businesses.

Junior Navo has been a respectable young man that will respect anyone that is even one year older than him.  The thing that makes me wonder is that; the said Pipul Pikin was rescued by Junior Navo himself when he was a street child in Freetown.  Junior Navo gave moral and financial support to Pipul Pikin.  He, Junior Navo, has been supportive to so many street children in Freetown which action was very helpful to children of that country including Pipul Pikin.

Now that it has been found that some Sierra Leoneans will go against progressive young men, I believe we should also come out to tell these people that are doing this the hard truth. It is not worth anything to read trash posted by people that will want to make their presence known to destroy ambitious and development oriented young people.  What should be the motive for such actions?  If someone like Junior Navo will be pulled to drop down after all that this young man has done, I ask what else should people do to be appreciated as Sierra Leoneans?  Those that sit in their corners and feel it is intriguing to destroy another person are the ones that are likely to fall in massive holes that have no way for rescue.

Pipul Pikin as I know him is one of the children that were said to be neglected by their parents and later became an orphan.  It was Junior Navo and some of us in the background that helped him to stand on his leg so as to create example for other Sierra Leonean children that may be out there on the street.  Junior Navo played a very great role in creating that particular project. At a time Junior was labelled as one that is wasting his resources on people that will be ingrates in the long term.  That is what we have started to see now.  Pipul Pikin has just posted the above quote to pay Junior Navo for all he (Junior Navo) has been doing for young people and street children in Sierra Leone.

There is a JUG in Sierra Leone that every Sierra Leonean that thinks he/she has grown will like to drink; it is called the DEFAMATION JUG.  This where some Sierra Leone and will drink and get drunk then start to spew out bad bile at people who are determined to effect sober changes in the country.  What else!?  What else will anyone do to make Sierra Leone a better place to live?  This is disgusting.