The historic visit of UN Secretary-General to Sierra Leone 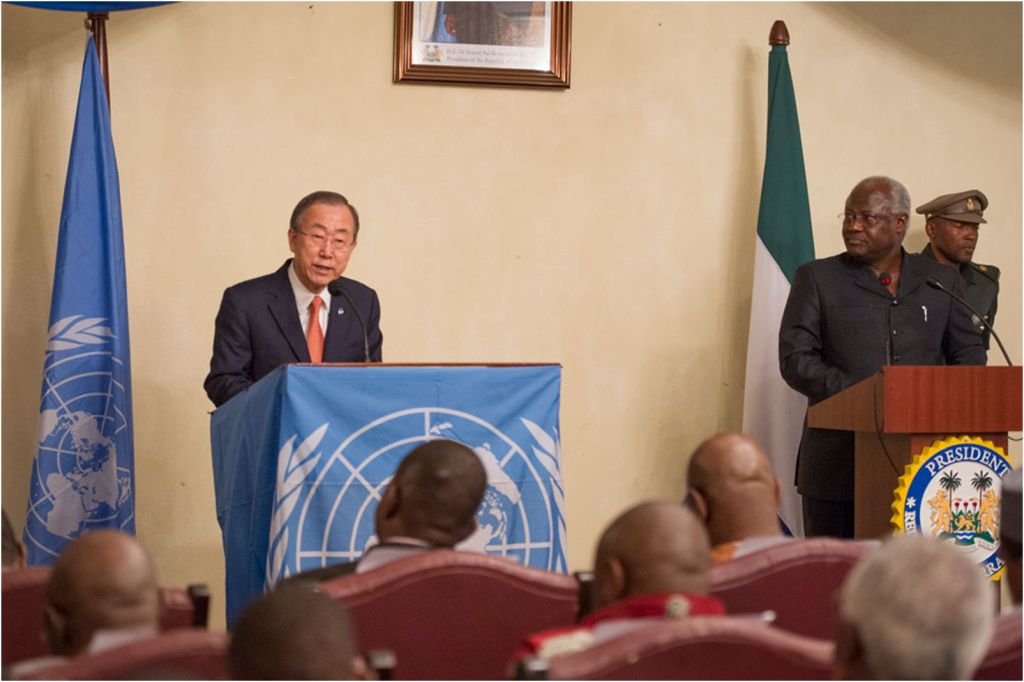 The historic visit of UN Secretary-General to Sierra Leone

The United Nations Secretary-General Ban Ki-Moon made his third visit to Sierra Leone in a UN capacity on Monday 3rd March, 2014, to join the Government and people of Sierra Leone in celebrating the completion of the UN Integrated Peace building Office in Sierra Leone (UNIPSIL). The Secretary-General’s historic visit to the country marked the end of more than 15 years of successive peace operations that played critical roles in supporting the country’s remarkable transition from war to peace.

In his remarks at a Joint Press Conference with His Excellency the President, Dr. Ernest Bai Koroma at State House in Freetown on Thursday 6th March, 2014, Ban Ki-Moon proudly said: “Sierra Leone represents one of the world’s most successful cases of post-conflict recovery, peacekeeping and peace building. Here we have seen great strides towards peace, stability and long-term development.”

He remarked that Sierra Leoneans can be proud of the “Special Court, a landmark in the global struggle against the worst crimes.” The UN Secretary-General said the transition from UNIPSIL – a political mission to a more development-focused UN presence testified the determination of the Sierra Leonean people to put the war behind them, noting that other countries that are now torn by war can draw hope and lessons from Sierra Leone’s aspiring example of the power of international solidarity and national resolve to overcome even the most brutal conflicts.

He also commended Sierra Leoneans for successfully completing three peaceful and democratic elections since the end of the civil conflict, adding that, he was pleased that the Sierra Leone Police (SLP) and the Republic of Sierra Leone Armed Forces (RSLAF) are serving in the United Nations and African Union Peacekeeping operations in Darfur, Lebanon, Mali, Somalia, South Sudan and Sudan.

The UN scribe sees the development as a “powerful example of the country’s progress and the growing professionalism and institutional development of its security forces”, as well as a “strong vote of confidence in the value of UN blue helmets from a country that once hosted the largest UN peacekeeping operation in the world in its days”.

By and large, the formal closure of UNIPSIL by the UN Secretary-General would send a very positive signal to the outside world that Sierra Leone has finally become a war-free country now thriving towards progress and development in every sector contributing to economic growth.

This historic closure of UNIPSIL means that the UN Country team and UN Specialized agencies in the country will now forward some of UNIPSIL’s residual tasks such as support for the ongoing Constitutional Review Committee and the UN Development Assistance Framework-UNDAF – to support President  Koroma’s ‘Agenda for Prosperity’ which is the Government’s Blueprint for development projects in the nook and cranny of Sierra Leone.

While the UN Secretary-General has pledged that the organization will continue to accompany the people and Government of Sierra Leone on the journey to long-term development, Sierra Leoneans must also pledge to work together with President Dr. Ernest Bai Koroma in continuing to “build a more peaceful, democratic and more prosperous country based on the principles of the rule of law and good governance” as advised by Ban Ki-Moon at the formal closure of UNIPSIL.

President Koroma himself has assured his fellow Sierra Leoneans that he would transform Sierra Leone into a middle-income country that would be capable to donate to countries in need before he leaves office at the expiration of his second tenure.

The numerous infrastructure work across the country, the implementation of agricultural projects, the Free Healthcare Initiative for pregnant women, lactating mothers and children under five, the massive direct foreign investments in the mining industry and other viable sectors, the strengthening of democratic institutions, fight against corruption and many other developments are manifestation of the determination of President Koroma to advance Sierra Leone towards a secured future every Sierra Leonean would be genuinely proud of.

Much has been achieved under the administration of President Koroma, though there are still many challenges to overcome. That’s why the President has passionately appealed to all heads of political parties and other national stakeholders to work together in order to overcome the challenges which his administration alone cannot tackle head-on. His Excellency’s focus is not partisanship, but palpable national development he will live as legacy for his successors to emulate for the prosperity of all Sierra Leoneans.

This is no time for politicking, but an opportune time to embark on concrete national development. I think everybody should come onboard the train of development for collective achievements we all should be proud of when President Koroma would have left the political hot seat. We should therefore pledge to work for our beloved country under the able leadership of President Koroma, whose dedication, sincerity and commitment to deliver on his promises to fellow Sierra Leoneans is testimony to his good leadership.

With the 15 years of successive peace operation in the country, Sierra Leoneans should also embrace themselves for hard work, peaceful co-existence, patriotism and other attributes that will help promote development, peace and stability instead of engaging in dubious practices that will foment another civil conflict. Let us embrace ourselves and abhor the causes that brought the eleven-year civil conflict and untold suffering to most Sierra Leoneans.

With peace, it is now evident that development will take place because investors will not fear travelling to Sierra Leone to do business there. Indeed, we have seen hundreds of foreign business people investing big time in the country because the country is now peaceful.

Now that Ban Ki-Moon has given Sierra Leone an excellent pass mark for our great strides towards peace, stability and long-term development, we should be proud of that achievement and also commend the captain of our ship for sailing in the right direction; otherwise, we wouldn’t have achieved that feat. May Dr. Ernest Bai Koroma live long to continue steering the boat in the right direction because, at the end of the day, all of us would benefit from his focused leadership, irrespective of party colour, region or ethnicity. Thank you. 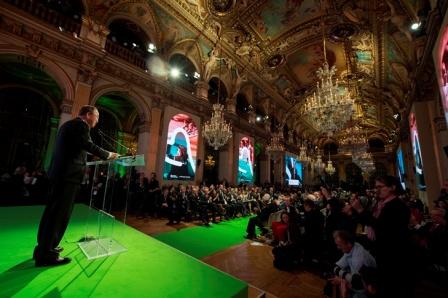