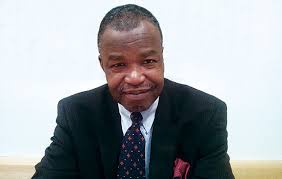 Last year the United Nations Economic Commission for Africa inaugurated the 10-member High-Level Panel on Illicit Financial Flows from Africa, chaired by former South African president Thabo Mbeki. Africa Renewal sat down with one of the panel’s members, Ambassador Segun Apata of Nigeria, who was in New York for a round table discussion of the problem. These are excerpts from the interview.

First of all, how serious is the problem of illicit financial outflows from Africa?

The estimate on record is that between 1970 and 2008, illicit financial flows were over $800 billion from Africa. We now know, just as we have seen at this round table, that with an improved economic environment in Africa, there seems to be a spike in the illicit financial flows that is estimated at about $50 billion per year, which is quite a huge resource. One can imagine what the impact of that resource would be on Africa’s development in terms of infrastructure and social sectors, schools, hospitals, etc.

The US has laws that penalize companies paying bribes in foreign countries. Shouldn’t African countries do the same with companies that pay bribes to government officials?

Well, a number of African countries do have legislation against what can be generally called economic and financial crimes, which include what you have referred to in terms of bribes, etc. But the reality is that developing the capacity to track and prosecute such activities is not easy. It’s important that a number of countries have this legislation in place, but others are yet to take action. We must encourage those that haven’t enabled such legislation to do so and find a way of assisting those that lack the capacity.

You said illicit flows succeed because companies have places to put their profits out of reach of taxation, including in some African countries. What is being done to discourage this practice?

Don’t forget that the mandate of the panel is illicit financial flows from Africa. We have debated this—whether the mandate of the panel covers destinations in Africa. But we have come to the conclusion that we should [include Africa] for the work of the panel to be credible. It’s not more than one country [in Africa]. We are going to engage this particular country, pointing out that it is both a transit as well as a destination for these illicit financial flows, so it needs to take necessary measures to stop it.

I watched a documentary recently on illicit financial flows, which showed that it’s more than just one country in Africa that serves as a destination or transit point for illicit flows.

Well, as I said, we are not a panel to name or shame countries. We are a panel to assist African countries to mitigate a very major problem. So, as we normally do, we engage the countries concerned and point out what our findings are and encourage them to take the necessary measures to checkmate it.

Did you say that about 60% of the illicit financial flows can be attributed to commercial transactions?

You know, I quickly corrected that; this [figure] was data collected through the Bretton Wood institutions in terms of balance of payments, etc. But the reality is that multinational transactions through transfer prices, etc., cannot be effectively undertaken without the cooperation of African countries. So the question is, “Are they doing this without corruption?” That is anybody’s guess.

And within these statistics, was the money attributed to corruption by the public sector negligible?

May I quickly intervene to say don’t take just those figures, even the money identified by the panel, because it can be misleading to look at that element alone. But that element permits all of them. So where mispricing comes in, corruption is there. There is no component, no channel in which government corruption is not a part. So [that figure] should not just be taken on its own. You also have to relate it as it is affected by government corruption and private sector corruption as well. There has to be supply and demand; so for the government official to accept mispricing, for example, somebody’s paying the bribe.

Just for argument’s sake, if a high percentage from illicit flows is attributed to commercial transactions, wouldn’t it dissuade some African countries from taking corrective action?

The panel is aware of that and we are looking at a way of nuancing that to make sure that we don’t create a situation where such statistics can create a false impression out there or mislead. We will work on that.

What is the panel going to recommend to stop the practice of illicit financial flows from Africa?

We haven’t gotten to that level in our work because experiences differ from one part of the continent to the other. We listen to those in North Africa, we listen to those in Southern and East Africa. There are seven country case studies [we are looking into]. We have not spoken to stakeholders in Central Africa, we have not spoken to those in West Africa, and so it would be premature to start identifying what the major recommendations will be. But we are engaging our partners. We are going to engage OECD [the Organization for Economic Cooperation and Development], the European Union and the G8 countries, and we are going to engage some individual governments as well as those outside the Western world.

How was the selection of the case studies done? Did these countries volunteer?

No, the panel decided on certain criteria. Liberia, for example, was a country that emerged from conflict, and it’s common knowledge that illicit financial flows deriving from the trade in blood diamonds fuelled the conflict in large part. The DRC is still a country in conflict and yet it has a lot of minerals. Mozambique is moving to oil and gas. Nigeria is a country well known for oil. South Africa has precious minerals and a long history of mining. We will learn from their experiences, hoping that those surveyed countries will provide a nice basket of information for others to tap into and learn what to avoid from these experiences.

Do you have any mechanisms to get information from ordinary citizens?

I will be very honest with you: citizen input has been extremely useful to our work because we have an open process; regional consultations have also been very helpful—civil society representatives have participated in all of them. In our country visits, civil society was invited to share [information] and the ECA has created the website for the panel where relevant information can be exchanged with members of the panel. So the mechanism is already created and the work is in progress.

The African Charter on the rights...

Ahead of Abacha Traders relocation...