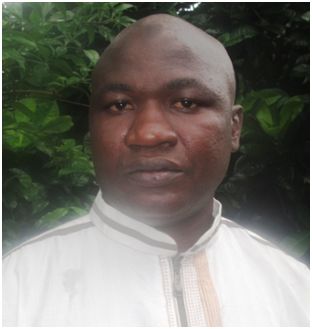 Prophet Muhammad (SAW) Being a Mercy to the entire world, tried in several ways to unite Mankind. The most obvious fact is his attitude and behavior towards both Muslims and Non Muslims.  (Photo: Alhaji Mohamed Wusha Conteh, author)

In his effort to Unity, he was the most trustworthy, defender of Justice, always with the poor and week and gave emphasis on the right of each and everyone.

It was due to his kind and forgiving attitude that the people did not refused to listen to his message. Rather they considered it and decided to accept Islam, despite their initial apposition.

The Quraish People were involved in intermittent conflicts that destroy their state and the loss of Meccan prestige in Arabia. The Holy Prophet Muhammad suggests an agreement called Hiff Al Fudul meaning the league of the virtuous. This agreement brought unity amongst the Quraish tribe and other tribes.

The Prophet Muhammad (SAW) solved the problem of the installation of the sacred black stone (Al Hajar Al Aswad), he asked them to bring a garment and said to them “let every clan of you hold a side of the garment and will participate in this virtues”. They lifted the black rock together and placed it in its place. That was the day he was firstly called Al Ameen.

“O People, it is true that you have certain rights with regard to your women, but they also have rights over you. Remember that you have taken them as your wives only under Allah’s trust and with His permission. If they abide by your right then to them belongs the right to be fed and clothed in kindness”. He emphasized.