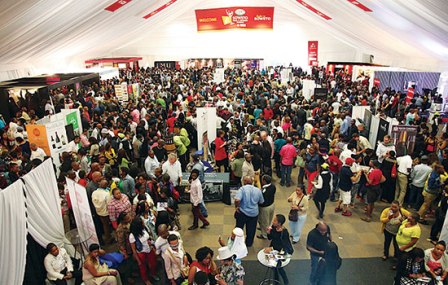 In the summer of 2005, South Africa–based entrepreneur Marilyn Cooper decided to give her neighbors in a suburb of the capital, Pretoria, a barbecue treat. Alluding to the inscription on her drinking glasses, “Soweto Beer Festival,” she asked her guests, “Why can’t we have a Soweto wine festival?” The economic situation was just right for such a celebration, she felt, as many residents of Soweto, a predominantly black township in Johannesburg, were already showing flashes of middle-class life: buying new cars, modern electronics, mobile phones, designer dresses and houses. And they appeared to love a good wine.

Within a year Ms. Cooper had found a partner, Mnikelo Mangciphu, with whom she organized the first-ever Soweto Wine Festival. It has now become a popular annual event. She also owns a winery and business is booming, but she believes that better days are still ahead as she targets a rising black middle-class market.

Ms. Cooper is not the only one to be excited about the steady growth of the South African black middle class. Speaking at the Forbes Africa Forum in Congo-Brazzaville in July, South African president Jacob Zuma enthusiastically lauded current progress. “The [black middle-class] growth demonstrates that we are making progress in improving the quality of life and extending opportunities to those who were oppressed only 19 years ago before the dawn of freedom.”

But who exactly is in the middle class in South Africa? Although the African Development Bank describes as middle class in a developing economy anyone earning more than $2 per day, a study by John Simpson, director of the University of Cape Town’s Unilever Institute of Strategic Marketing, defines middle-class South Africans as those who earn between $1,550 and $4,800 per month or who meet certain criteria, for instance, having a white-collar job and owning a car.

In a recent study, Four Million and Rising, Mr. Simpson agrees with President Zuma’s upbeat assessment and provides backup data. For example, currently 40% of black professionals work in the civil service, compared to 13% of whites. This has led to the rise of income levels in black families, which in turn has led to increased consumption. The study found that between 2004 and 2012, the number of black middle-class families who owned a DVD player increased from 30% to 63%; the number with computers at home increased from 19% to 45%; and of those owning microwaves from 60% to 92%.

Nicholas Nkosi, a manager with South Africa’s Standard Bank, adds his voice to the excitement about a new and financially empowered black middle class. More blacks are buying homes than before, he told Africa Renewal in an interview. In addition, his bank’s 2013 report shows that car sales to blacks increased by 19% between 2011 and 2012, compared to an increase of 7% for white customers during the same period.

Lyn Foxcroft, a business consultant who studied wine consumption among emerging consumers in South Africa, writes, “Of the 8.3 million adults classified as middle class in 2012, 51% are black, 34% white…. This is a dramatic shift from the 2004 proportions: white 52%, black 32%” South Africa’s middle class generally spends a whopping $40 billion annually. Its 4.2 million black middle-class citizens represent a chunk of this amount, with nearly half having a post-secondary degree and more than 50% of families sending their children to private schools. Finance minister Pravin Gordhan adds that since 1994, per capita national income is up 40%, while up to four in five people are now connected to the electric power grid.

Available data, says Mr. Simpson, indicates an expansion of the black middle class, and he sees this demographic as the engine of the South African economy because of its strong purchasing power and contribution to the national coffers through taxes.

Entrepreneurs such as Ms. Cooper continue to find themselves faced with many opportunities. She affirms that “for the next 20 to 30 years, this black middle-class market is going to expand further.”

Aside from contributing to economic growth, the rise of the black middle class “shows a movement towards the normalization of the society,” argues Mr. Simpson. Prior to 1994, when apartheid officially ended, blacks were oppressed, had few job opportunities and had restricted access to education. The economic and political landscape has since changed, with the growing black middle class changing historic inequalities.

While President Zuma and others sound positive about the future of South Africa’s black middle class, Mr. Simpson believes more remains to be done. “Poverty at the bottom end hasn’t reduced very much,” he says. The rise of some has resulted in a widening of the gap between rich and poor. South Africa has become “one of the most unequal societies in the world.”

Simpson’s study shows that about 70% of blacks in the middle class feel increasing pressure to support less fortunate dependents. This pressure is captured in the award-winning 2011 documentary Forerunners, which portrays the struggles of four black South Africans striving to find balance in their new lives and cope with the tensions that result from attempting to fulfill enormous family responsibilities.

Increased spending power by the black middle class has caused an influx of fast-food outlets and, from that, new health challenges, such as obesity. By June 2013, fast-food giant McDonald’s operated 185 restaurants in South Africa, and it is set to increase the number to 200 by the end of the year. Burger King, another fast-food company, opened its first restaurant in South Africa this year and expects to open more in the future. Its chief executive officer, Jaye Sinclair, tells Bloomberg.com, the U.S. business wire’s online publication, “The [spending of the] middle class will be the savior for South Africa down the line, not exports.”

But South Africa’s Medical Research Council is worried that “obesity is not only a problem of the developed nations but is becoming an increasing problem in countries undergoing societal transitions.” Studies show that 39% of women and 10% of men in South Africa are obese already—meaning that their weights are greater than what is generally considered normal for their heights. But that’s not a problem for the growing fitness sector. Gyms are opening throughout middle-class neighborhoods such as Protea Glen, Orland West and Orland East in Soweto.

With black middle-class families moving from townships to suburbs, housing construction, especially in new settlements, is expanding. South Africa’s Financial Mail newspaper reports that there was a shortage of 600,000 housing units for the working class this year. The paper attributed the current backlog of about 100,000 housing units a year—and growing—to rapid urbanization, a reduction in the average family size and a fast-growing middle class. Affordable neighborhoods for middle-income earners in Johannesburg, and in Pretoria and Durban in the KwaZulu-Natal province, are becoming overpopulated. The high demand for housing also puts a strain on services such as electricity. During the winter, for example, the exploding demand for energy often causes power outages.

Still, many development experts agree that the growth of the black middle class is good for South Africa. It strengthens Africa’s biggest economy and moves the country steadily towards a truly prosperous society. “Better days are indeed ahead for South Africa,” Ms. Cooper says confidently. 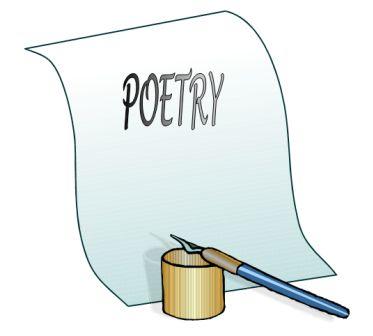 Everyone Who’s Been Suffering