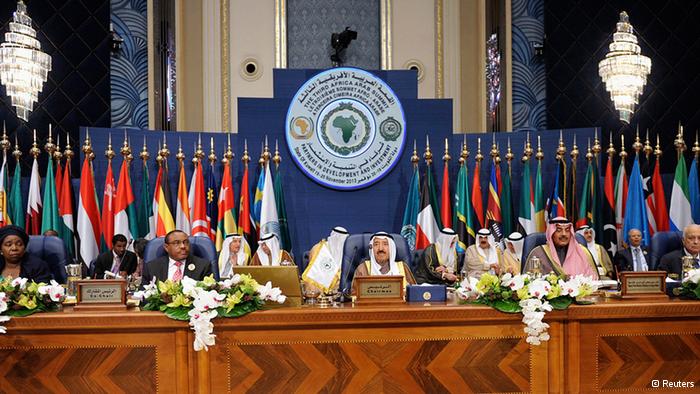 President Ernest Bai Koroma has said in Kuwait that government under his administration has initiated many reforms through the Agenda for Change, during his first term in office and now progressing forward with the Agenda for Prosperity, which has ushered in a lot of achievements as manifested by a new way of implementing development driven projects.

He therefore appealed for further support towards the implementation of the Agenda for Prosperity, especially to the Lumley Tokeh road which has three bridges and when completed, will enhance fast movements of the emerging population from east to west of the city, and simultaneously ease traffic congestion, while relocating the airport to the mainland at Mamamah.

About the one billion United States Dollars initiative of the Amir of Kuwait, President Koroma replied, “It is a very great move that has increased perceptions that Africa is the continent of the future, as it has a lot of potentials with 60% of the arable land of the world, with abundant natural resources and prospects for hydro dams.

He said Africa needs the investment marching adequate funds to prepare itself for takeoff as CADDP is set to address food security issues in Africa and provide additional value to industrial development on the continent.

President Koroma described the just concluded third African-Arab Summit held in Kuwait city, as a huge success as it was well attended, and discussed issues that focused on the common aspirations of Africa and the Arab world.

He said the summit is succeeding in implementing the Africa-Arab Action plan and gives the opportunity to put more synergies on fostering collaborations between Africa and the Arab world. The President said the summit also looked at issues affecting trade and investment, the consolidation of ties and created opportunities for both sides, expressing hope for continuity this time round.

On his evaluation of Kuwaiti funded projects in Sierra Leone, President Koroma referred to Kuwait as one of the major players in the implementation of infrastructural programmes in the country.

The Kuwaiti Fund, he acknowledged, has been very instrumental in providing support and influencing other funding organizations.

Share With:
Tags
Agenda for ChangeAmir of KuwaitDevelopment
Previous Article

Constructive nationalism is our ma...