Activists Call for Government to Support Court at its Annual Meeting

Activists Call for Government to Support Court at its Annual Meeting

(Freetown, November 18, 2013) – African governments should reject special exemptions for sitting officials before the International Criminal Court (ICC), African organizations and international organizations with a presence in Africa said in a document released today. The ICC’s annual meeting, the Assembly of States Parties (ASP), will take place from November 20 to 28, 2013 in The Hague, Netherlands.

The ICC faces important challenges in Africa. In October the African Union said that the trials of Kenya’s president and vice president, Uhuru Kenyatta and William Ruto, should be suspended and that all sitting national leaders should receive immunity before international courts.

““African leaders should unite in a quest to combat impunity across the world,” said Ibrahim Tommy, Executive Director of the Centre for Accountability and Rule of Law. “They should reject any attempts to delay justice for victims of egregious crimes, regardless of the status of the alleged perpetrators. Attempts by the Kenyan leadership to shield themselves from the reach of the law for horrific violence after the country’s 2007 elections should be rejected.”

The meeting’s general debate and scheduled session on the impact of indicting sitting heads of state will offer African and other governments important opportunities to affirm support for the ICC’s independent role in ensuring justice for the gravest crimes.

“Human rights abuses by governments and armed groups remain one of the biggest challenges confronting people in Africa,” said George Kegoro, executive director of the International Commission of Jurists-Kenya. “Ideally, domestic courts will ensure justice for these crimes, but the ICC serves as a crucial court of last resort when they are unable or unwilling.”

Some African leaders have taken the position that the ICC is targeting Kenya. In Kenya, where the authorities failed to respond adequately to post-election violence, the ICC prosecutor’s office acted to open an investigation. In all other situations before the ICC, the situations were referred by the governments where the crimes took place or by the United Nations Security Council, as with Libya and Darfur, Sudan.

“The ICC is far from perfect, but it is not targeting Africa,” said Angela Mudukuti, international criminal justice project lawyer at the Southern Africa Litigation Centre. “The majority of ICC investigations came about because African governments requested the ICC’s involvement. These countries should work to dispel inaccurate information and to correct misperceptions about the court.”

At the same time, there are double standards in the delivery of international justice that need to be addressed, the organizations said.

“The ICC’s reach should be improved, but justice should not be denied in Africa because it is not yet possible everywhere,” said Chinonye Obiagwu, national coordinator at Nigeria’s Legal Defense and Assistance Project. “ICC members can demonstrate their commitment to victims by supporting prosecutions wherever the worst crimes are being committed.”

The document released today is intended to promote common advocacy aims in advance of the ASP session. Organizations involved include: Burundi Coalition for the ICC, Center for Democratic Development of Ghana, Centre for Accountability and Rule of Law-Sierra Leone, Coalition for the ICC, Congolese Association for Access to Justice, Human Rights Watch, International Commission of Jurists-Kenya, International Crime in Africa Programme of the Institute for Security Studies, Legal Defence and Assistance Project of Nigeria, Media Foundation for West Africa, NamRights in Namibia, Nigerian Coalition for the ICC, Southern Africa Litigation Centre, and Transformation Resource Centre of Lesotho.

Centre for Accountability and Rule of Law (CARL-SL) 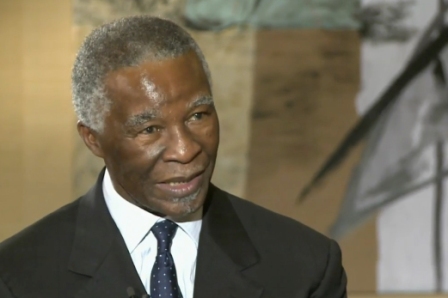