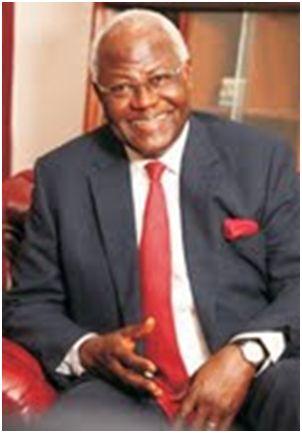 The United Nations Human Rights Commission defines good governance as a process whereby public institutions conduct public affairs, manage public resources and guarantee the realization of Human Rights in a manner essentially free of abuse and corruption, with due regard of the rule of law.

Fulfilling the above criteria would in no doubt ensure success in any organization or state enterprise. This is why most world leaders who believe and work towards maintaining those values through effective governance policies to meet public demands and promote efficiency, among others, have attained successes and thus, transformed their respective countries into economic growth.

Sierra Leone is not an exception to those countries that have attained such success. And it has been a remarkable success against the backdrop of huge challenges stemming from economic devastation caused by a decade-long conflict, sparked by bad governance including the inefficient allocation and distribution of resources by past governments.

Thus, within a very short period, this country in the Atlantic coast of Sub-Saharan Africa has recorded tremendous progress leading to her recent ranking as one of the top five countries to lead the table of biggest governance improvers by the Mo Ibrahim index 2013. Sierra Leone has also been classified by the UNDP as having the fastest growth in Human Development Index in Africa since 2000 to date. The country has also exhibited high potential of economic growth that is projected to be higher than all other countries across Africa by 2014.

According to the Mo Ibrahim Index, Sierra Leone since 2000 has shown its biggest improvement in the category of Safety & Rule of Law, although many other African countries have seen recent deteriorations in that category. The report said Safety & Rule of Law measures judicial functions, accountability, transparency and corruption, property rights, personal safety and national security, among others.

Being that democratic governance is a central tenet towards achieving the Millennium Development Goals, (MDGs) as it provide the enabling environment to eliminate poverty, the shining example made by Sierra Leone in the category of Safety and Rule of Law demonstrates the country’s political will and determination to promote democracy and development.  However, such developments that are taking place in the country are not in any way by chance. They are taking place because the country’s present leadership, President Ernest Bai Koroma, has seen the need and put in place key policies, inline with the principles of good governance to address the critical challenges facing development growth in the country. He also believes that good governance is a precondition for economic growth and to this end, his vision to expand the country’s growth has gone a long way in rebuilding and improving the lives of the people.

One thing I know for sure is that not all governance policies are in all cases successful. It is because most leaders in governance fail to properly implement their policies within the framework of the present need and future of society. And this is what makes President Koroma’s leadership distinct from others. His values and policies are participatory, consensus oriented, accountable, transparent, responsive, effective and efficient. He ensures that corruption is minimized, the views of minorities are taken into account and that the voices of the most vulnerable in society are heard in decision-making hence the country’s ranking in the category mentioned above by the Mo Ibrahim Index.

The government also put other measures like the establishment of the Open Governance initiatives (OGI) and the Office of the Diaspora. Those two institutions underscore the President’s commitment to enhance good governance and accountability in post conflict Sierra Leone. The OGI was set up by President to bring the government closer to the people and work closely with civil society organisations across the country, while the Diapora office was aimed at engaging Sierra Leoneans living abroad for national development.

Besides those mechanisms to enhance participatory democracy, the government has also worked tirelessly to strengthen both administrative, local governance and judicial reforms. I honestly don’t want to elaborate on those reforms that led to the successful transformation of the country. Because the results regarding President Koroma’s performance have been positive and his transformative drive is seen everywhere in and outside the country.  But to expound a bit further on how those tangible results have impacted the country, I will continue to make references to the accolades received by the Ernest Koroma’s administration as a result of his outstanding performance leading to various rankings by international organisations.

Don’t get me wrong when I say elucidating further on the laurels earned by President Koroma’s administration, as many would say it’s high time we started talking about other issues bothering state governance.  But issues bordering state governance can only be addressed when we adequately inform citizens about developments taking place in the country. In so doing, we will be able to see the challenges and provide necessary solutions to the problems facing us as a people and see how we could move on as a nation. Also, it is quite important for every country to be looking at its own performance relative to what it ought to be, given its public policies, investments, quality of services and employment rates. This is why we keep putting emphasis on the achievements made by our visionary leader, President Ernest Bai Koroma—a leader with talent that cannot be contracted out.

Final Communique for the Extraordi...