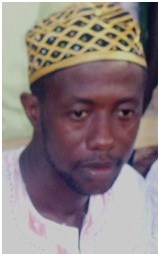 The Kinthur Ruling House has not won an election for over 50 years.

The procession of stakeholders started from Magbokaneh to Sendugu and Magbrakatay with hundreds of ‘okada’ riders, blacksmiths, members of the secret Bondo and Poro Societies, local chiefs, youths and other well-wishers.

During the welcome and unveiling ceremony, Umarr Abdulia Sesay was referred to in the local parlance as ‘Gbeithaneh’ and one of the candidates vying for the chieftaincy.

The unveiling ceremony, chaired by the Regent Chief at Magberakatay Village, is one of the ceremonial duties to be performed by each of the candidates to legitimize their status according to the tradition and custom of the Chiefdom.

The Regent Chief, Pa Saidu Bangura, told Umarr Abdulia Sesay that chieftaincy elections are crucial and very easy to win depending on the candidate’s cordiality and popularity with his people and urged him to restrain his supporters not to fight or abuse their opponents.

He added that since Umarr Abdulia Sesay is the youngest contestant for the chieftaincy election, this would be a great opportunity for the people to elect a dynamic leader and urged him not to neglect them after he would have been elected.

According to the Regent Chief, supporters must embrace others of their opponents asserting that elections are a game of chance and appealed to the aspirant not to use money to campaign people but to urge his supporters to conduct themselves in a disciplined and transparent manner.

He further revealed that the aspirant must be loyal to his people and must not discriminate asserting that among the three candidates, Umarr Abdulia Sesay is the most popular and appealed to him to work with the ceremonial chiefs “Egbole” to win the election.

Responding, Abdulai Sesay commended the Regent Chief and traditional leaders for accepting him to contest, an indication that he is qualified as a descendant from one of the Ruling Houses in the chiefdom.

He further disclosed that power comes from God and that now is his time to rule his people adding that the ceremony is a manifestation that God has already crowned him adding, “we are all brothers, fighting for the same goal of advancing our chiefdom.”

He said his people have suffered in the past due to the lack of development in the chiefdom citing the absence of quality education, good roads and representation to advocate for their welfare and promised to rule his people justly without fear or favour.

He further appealed to the ceremonial chiefs to vote for the development of the chiefdom devoid of sentiments reminding them that due to the size of the chiefdom, there is need to elect a young man who would reach out to every part of the chiefdom and assured the people that he would ensure that the Chiefdom benefits from Government’s Agenda for Prosperity.

He also guaranteed to bring unity and peace among the people as well as provide basic services like education, healthcare and good roads and encouraged the people to be patriotic adding, “my mission is to provide effective and sustainable socio-economic and political development of our chiefdom through maintenance of our custom and tradition.”

Other stakeholders in the chiefdom commended Umarr Sesay for his perseverance and charismatic leadership quality as well as contribution to the development of the chiefdom.

The ceremony was climaxed with singing and dancing.

Mayoress of Makeni City speaks on...