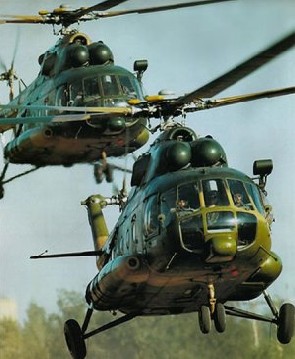 The government is to acquire additional multi-purpose military aircraft from Air Bus Military of Spain to boost Ghana’s air services support operations at the United Nations-led mission in Mali.

The Ghana Air Force recently won a UN air services contract to operate a UN aviation unit in Mali in support of the peacekeeping mission in that country.

President John Dramani Mahama dropped the hint yesterday during a farewell call on him at the Flagstaff House by the outgoing Spanish envoy to Ghana, Ms Olga Cabarga Gomez.

He said the government had successfully concluded a deal with the Spanish aircraft manufacturer, Air Bus Military, resulting in the supply of two CASA 295 aircraft to the fleet of the Ghana Air Force.

Also at the presidency to bid farewell to President Mahama was the Swiss Ambassador to Ghana, Mr Andrea Semadeni, and the Liberian envoy, Mr Rudolph P. Von Ballmoos.

The President expressed the hope that with the necessary financial protocols already signed, development projects under the debt swap agreement between Ghana and Spain would be expedited.

For her part, Ms Gomez praised Ghana for the peaceful manner in which it handled the election petition at the Supreme Court.

She noted that Ghana had emerged stronger, saying the country was a symbol of the new emerging Africa, a symbol of growth and economic stability and the fight against poverty.

She expressed the willingness of her country to deepen trade ties with Ghana, noting that Ghana was the second top trading partner of Spain in West Africa.

He said Switzerland supported Ghana’s economy under the multi-donor budget support partnership, and urged that country to help Ghana add value to its products.

Mr Andrea, for his part, expressed his willingness to support Ghana in whatever capacity, even though he was leaving for Addis Ababa, the next duty post.

Receiving the Liberian envoy, President Mahama recalled the critical support Ghana had offered to Liberia during that country’s civil war and its aftermath.

He said Ghana provided an emergency power programme to restore light to Liberia and disclosed that Ghana intended to augment that with 450 megawatts of thermal generated power soon.

President Mahama indicated that an upcoming ECOWAS meeting in Senegal would, among other things, discuss the harmonisation of tariffs to pave the way for free trade among West African countries.

Mr Ballmoos thanked the government for the support it offered him during his duty tour in Ghana which started in 2005, saying that assistance made his work easy.

He also thanked Ghana for helping to build the capacity of the Liberian security forces, such as the police, the immigration service and the military.