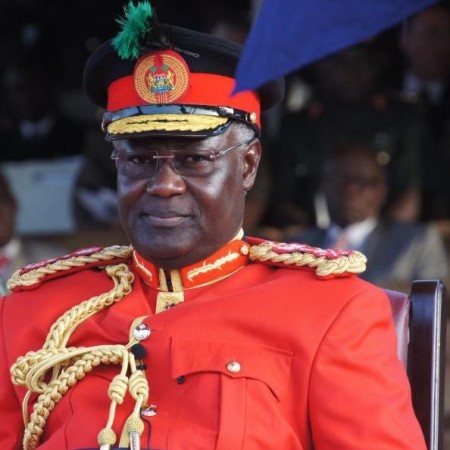 During a special ceremony at State House with the Sierra Leone Ex-Servicemen Association (SLESA) the president described the upcoming event as a great moment of deep reflection, which should be respectfully observed by the country for the loss of lives.

President Koroma said the Poppy Week is a moment that immortalized fellow Sierra Leonans who have sacrificed their lives for the country, a sacrifice he referred to as ‘supreme’, which involves the loss of human souls for the survival of every citizen of this nation, and cannot be equated with any other sacrifice.

The CIC who is also the Grand Chief Patron of SLESA encouraged the organization to continue to close ranks and keep doing things that can make the country a happy nation, so that Sierra Leoneans can show appreciation for the sacrifices made by others.

He said the organization is still largely donor-dependent with State House topping the list, noting that the caretaker executive has come with a mandate to develop structures for effective management in the future, amidst emerging challenges.

Hon. Lt. Col Kalawa mentioned challenges ranging from lack of Information and Communications Technology (ICT) equipment, land for the implementation of agricultural programmes and the erection of office space, and a vehicle, but vowed to remain focused and loyal to the country.

He therefore called for President Koroma’s immediate intervention to salvage the situation the ex-Servicemen Association is going through.

Inspector General of Police to fac...