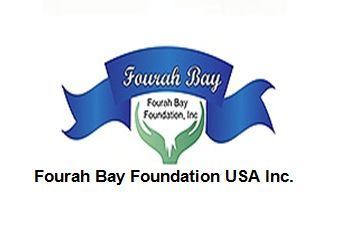 Fourah Bay Foundation USA Inc. wishes to express its utter dismay and sadness over the stabbing deaths of two young men, during an outburst of violence between members of armed gangs, following a football match at the Oxley Street grounds, Fourah Bay Playing Field, several days ago.

The Foundation hereby conveys its condolences to the families and acquaintances of the victims of such senseless acts of violence, Mohamed Lamin Sesay and Ibrahim Sankoh, and calls for those who are responsible to be swiftly brought to justice.

The football playing field is intended to serve as a means for youth development, not a conduit for violence by or against our youth.

It is with this desire in mind that organizers of football leagues at the grounds, such as the Fourah Bay Amateur Football Association, FAFA, have organized a series of violence-free competitions in the past, with teams outside of the community such as Clintonians, Wellington Dynamos, Wilberforce Rangers, Up Gunners, Mount Aureole, East End Rangers and Kalahuku FC, to name a few who have participated in such events for years, without the incidence of such gruesome violence.

It will be recalled that notable footballers the likes of Abu Wilson, King Kama Dumbuya, Umaru Din-Sesay, Sam Obi Metzger, Christian Cole, Brima Atooga Kamara, Basiru King, Rashin Wurie, Ibrahim Koroma (Junior Parade), Lamin Conteh (Junior  Tumbu), Leslie Allen and others, have taken the field at the grounds. Indeed, for some among them, the playing time they experienced at the Fourah Bay Playing Field contributed significantly to their development as first-class footballers.

In light of this unfortunate incident and the growing trend of violence involving youth in the community, Fourah Bay Foundation USA, Inc. recommends:

The Foundation also calls on the Minister of Sports, Mr Paul Kamara, who is founder of Wellington People FC, a team that has actively participated in many FAFA leagues, to use his good office to help curb football violence in the community in the future.

Fourah Bay Foundation USA Inc. wishes to remind the young men in Fourah Bay that the safety, well-being and progress of all in the community depends, to a great extent, on how they, the youth, conduct themselves. The youth of Fourah Bay must refrain from violent or intolerant behaviour – conduct which is not only unacceptable by the customs and traditions of the larger Fourah Bay community, but disrespectful particularly of our elders and the memory of the founding fathers and mothers of the community.

On the heels of this most recent senseless act of violence, Fourah Bay Foundation USA Inc. takes this opportunity to warn the youth to be wary of the emerging so-called Hip Hop music culture in Sierra Leone, which undoubtedly has given rise to increased gang-related activities throughout the country.  In particular, the youth should take note of the observation that the increasing Hip Hop music presence and culture is largely a smokescreen for criminal activities by some diaspora-based never-do-wells who are clearly unable to engage in such criminal activities in their countries of residence.

On the contrary, Hip Hop is a multi-billion dollar enterprise in the United States and not violence related. Accordingly, Fourah Bay Foundation USA Inc. is not and does not intend to condemn Hip Hop in Sierra Leone per se. Rather, this is a call of action to our youth to not fall into the trap and be influenced by criminally-minded individuals using the popularity of Hip Hop music as a means to facilitate their criminal activities.

Democracy is not the law of the ma...

When Violence Rears Its Ugly Head!