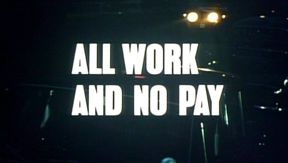 The Horse Fishing Company, situated in the Jui Village, on the outskirts of Freetown is seriously embarking on importing Sri Lankans into the country to work for their company as slaves.

Years back, the Horse Fishing Company came with 14 Sri Lankans, who worked for four months without their salaries until when the Sri Lankans demonstrated and the Management decided to buy their air tickets and fly them back to Sri Lanka without their agreed salaries.

Just after that, the same company brought in some Russian nationals and did the same thing to them, but since the Russians were so smart when the company refused to pay them, they put salt into the engine of the trawler and finished it forever.

On the 6thMay this year, the same company has again gone out for some eight Sri Lankans who are currently working for the Horse Fishing Company without any salary.

Speaking to one of the workers, who is fluent in English, the person told this press that the present manager, Dr. Mahir signed a contract with them in Sri Lanka to come and work with the Horse Fishing Company, which according to documents tendered before this press, analyses that all workers would be paid US$1,000 per month with a food allowance of US$200 for each a man.

But speaking with the Technical Technician Mr. Dissanayake, who is the only one to be paid US$1,200 said that the company is taking advantage at them because they have never been in this country and their passports were seized by the Managing Director, Hashim who is the younger brother of the actual owner of the company.

Dr. Mahir who signed this contract with the workers in Sri Lanka is not actually in favor of the way the workers are treated, but since he is not the overall boss that can make the decision to be effected, and does not want his signature that has been involved into the agreement to do anything that will tell on him in the future.

Although the acting Proprietor Hashim stands firm that if the Sri Lankans go out and find somebody that will take up their case concerning the agreed amount which he is supposed to pay them,  he will double of that money to authorities than give the agreed monies to the Sri Lankans that are presently suffering under the company.

But according to the “eight purviews” agreement before this reads;

“Both parties agreed that the second party works for the first party with a monthly pay of US$ 1,200, per month only, this salary is not subjected to all taxes and fees, according to the law and regulations of the state of the objects of the company’s headquarters, the monthly payment shall be deposited into the second party’s bank account with confirmation to this address; ROYAL GREEN INTERNATIONAL, No 386, Negombo Road, Kapuwattna, Ja-Ela. L.L. No.1204.”

And also the “twelfth purview” reads;

Second parties commitment to implement compensation of US$500 deducted from his dues by the company, if all goes well.

With this entire unfortunate scenario, Mr. Omar Abdulai Sheriff, Proprietor of the National Traders Union for Social Workers swiftly intervened for the sake of human interest and has used his office and powers by leading the Sri Lankans to the authorities concerned, which has made the foreigners started smiling.

However, just after the intervention of Mr. Omar Sheriff, the Sri Lankans were threatened by the acting Proprietor, Mr. Hashim saying that before the foreigners leave Sierra Leone, he will make sure that they are well dealt with, leaving the foreigners to spend the whole day in their stinking and damp room out of fear.

Democracy is not the law of the ma...