Ambassador Sorie lobbies for Salone MPs in the EU Parliament 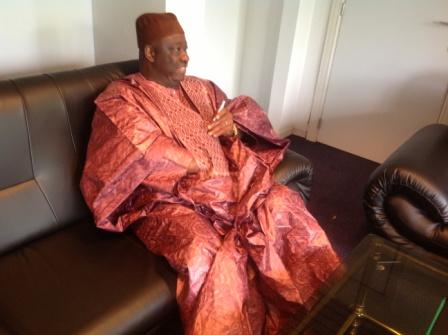 Ambassador Sorie lobbies for Salone MPs in the EU Parliament

Sierra Leone’s Head of Mission to the European Union, Ambassador Ibrahim Sorie has reiterated his determination to establish thorough links for members of the Sierra Leone Parliament in all the countries he’s accredited to.

He was addressing Madam Silvana Koch-Mehrin, a member of the European Parliament when the latter paid a courtesy call to solicit the assistance of the embassy in ensuring that Sierra Leone’s female parliamentarians attend the special conference for women parliamentarians in Brussels at the end of November.

“I consider myself as a direct recruit from parliament and having served that institution for a period spanning 30 years, I owe it a lot to the House of Parliament. I made a commitment few months ago to Parliamentarians back home when I went to bid them farewell that I will do all it takes to create a solid network for them with other parliaments especially in my countries of accreditation”.

This annual summit that will take place in Brussels from November 27-29th, according to Madam Koch-Mehrin is organised by the Women in Parliaments (WIP) in recognition of the 120 years (28th November, 1893) when the women of New Zealand became the first in the world to vote in a national election.

“To mark this milestone, the Women in Parliaments Global Forum will host its annual summit in the European Parliament in Brussels. Our mission is to advance society by using the collective strength and ability of over 9000 female parliamentarians across the world”.

In a captivating tone, the MEP informed the Ambassador that one of the key speakers at this summit is Sierra Leone’s female political icon, Madam Zainab Hawa Bangura, the Special Representative of the United Nations Secretary General on Sexual Violence in Conflict who was also Sierra Leone’s former Foreign Affairs Minister and later Minister of Health and Sanitation.

Ambassador Ibrahim Sorie assured Madam Koch-Mehrin of doing all in his might to have not only the Sierra Leone Parliament fully represented, but even the ECOWAS Parliament. He added that the government of President Ernest Bai Koroma places high premium in the promotion of women as evidenced in his appointments of women to key positions and the introduction of the free girl child education and the free health care initiative for pregnant women, lactating mothers and children under five.

He admonished though that there are still very serious challenges faced by the government to have these projects fully functional to the maximum expectations of the target beneficiaries.

The Women in Parliaments Global Forum (WIP) is an independent, international and non-partisan foundation established with the purpose of advancing society by building a network between women in parliaments. 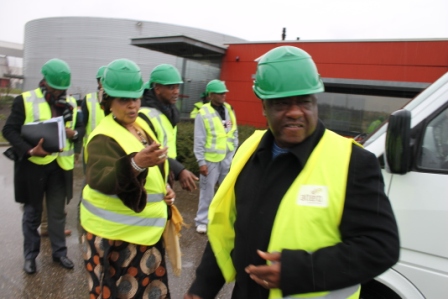 “Sierra Leone should be a favoured desti... 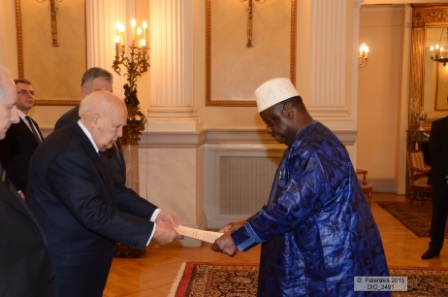 As France’s President expresses love for...