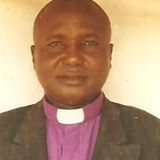 The Vice President of Christians in Action Mission in Sierra Leone, Reverend Samuel A. Gbanyah (in photo), based in Kono, has chastised the country’s leadership over what he describes as their inaction in not checking the activities of foreigners who engage in activities detrimental to the country’s security and environment.

He maintained that both the traditional and political leaders could not continue to close their eyes to events in the country as foreigners invade the country.

“Sierra Leone is under invasion and nobody seems to care. Foreigners are taking our land while armed robbers are attacking innocent people in various parts of the country. If the Police cannot handle the situation then the Army must step in forcefully to save us all of us,” he lamented.

Reverend Gbanyah made these comments at the ordination ceremony of a Minister of the Church in Koidu city over the weekend.

He stressed that it was very important to draw the attention of some Chiefs who he accused of having sold the land to foreigners to realise that land was not just a commodity to be sold.

“All Chiefs who do not care about the interest of their people and sell land to foreigners must know they are selling their people,” he opined.

He said there was nothing more dehumanising than being a landless person in one’s own place of birth. He called on the inhabitants to rise against those perpetrating such dehumanising acts like selling their lands to foreigners.

“What is our government doing while foreigners and lawless citizens are ripping us of our birth right?,” he queried. “Are there no Councillors, Members of Parliament and Government officials in the areas where these unpatriotic things are happening to the people?,” he wondered.

Reverend Samuel Gbanyah urged religious leaders especially Christians, to stand up and speak against the ills of the society.

“If politicians and traditional leaders will not do it, then as Christians we must be bold to speak against it,” he maintained, urging, “Speak the truth and act upon the truth because it is the truth that shall set you free. Avoid being made Kings by force. Remember that the over-zealous will never leave you alone, once they know they will get something from you.

He concluded that the time has come for the Prophets to wake up and not forget that the Lord would judge every leader who takes advantage of his people and the Prophets who pretended not to see what was happening would not be spared.