CSOs are bent on discrediting the Government 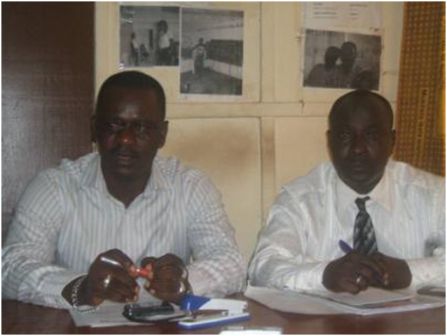 CSOs are bent on discrediting the Government

The National Youth Coalition [NYC] which is a network of various youth groups in the country has Wednesday, September 25 held a press conference at the Atlantic Hall of the National Stadium in Freetown.

Delivering a statement during the opening session, the Director of Political Affairs and Board Chairman of NYC, reiterated that his organization has been following the activities of some media houses, civil society organizations, some politicians, youth activitists and groups of individual which have the propensity to plunge this nation into political and economic limbo.

He observed that some community based organisations are bent on discrediting the Government despite the present development gains enjoyed by the people of this country. He added that these organisations are totally political and their activities are aimed at negative propaganda. He called on all state security apparatuses to investigate the propaganda which has been carried out by the aforementioned.

In his statement, a Board member, Mr. Alphonso Manley, reaffirmed that some of the groups usually ask Government for personal assistance and if it fails to comply with their request they lambaste Government. He said they were prepared to expose all of such organisations, whom he referred as a bunch of crooks who are bent on thwarting the progress Government has been making over the years.

In his comments, the Deputy Minister of Sports, Mr. Ishmael Al-Sankoh Conteh, maintained that he has collaborated with community based organisations in the past across Africa and even Europe.

He asked Journalists to review any press release that these organisations and groups of individuals send to them before they publish it as most of such releases paint the country in a bad light that might scare potential investors from this country.

On the issue of unemployment, the Minister admonished young people to ensure that they build up their capacities instead of sitting in ghettoes for the rest of the day doing nothing. He condemned the abuse of dangerous drugs by young people. He concluded that the role of young people should be not to attack politicians or their colleagues but how best they could come together to bring development to this country.