Ian believes that one reason why crime fiction persists as a bestselling genre is because, “It deals with a very basic question: why, decade after decade, century after century, do we continue to do bad things to each other?”

When he started writing, crime novels were perceived differently, especially in Britain. “People still tended to think of Agatha Christie, of spinsters, titled gentlemen or Belgian detectives solving strange crimes involving unusual poisons and billiard rooms and stately homes and things happening in the vicarage we weren’t supposed to know about,” he says. “That was a very pastoral, curious version of England and Englishness.”

In the late 20th century, he noticed a shift towards “a more urbanised crime fiction that did deal with social issues and politics… That is where I was coming from: a tradition of writing dark gothic tales but marrying that to a concern with modern, urban society.”

He believes there’s an emerging generation of young authors who are particularly attracted to crime fiction because “they find things in the crime thriller that they don’t necessarily get from the literary novel. You get a great sense of place; you get a sense of big moral questions; you can talk about corruption in low and high places. Politics, the economy – nothing is off limits.”

Similarly, Shamini used her Inspector Singh crime series to break away from the Western stereotype of Asia.

“I decided to write crime because I wanted to write about contemporary Asia,” she says. “What I found was that most of the literature coming out of India was always the grand historical novel, and it always had people whose lives were determined by fate. They were born, a soothsayer would come along and say ‘Oh things are going to be bad for you kid!’ and it was that sort of novel. It’s so un-Asian, because Asians are the least likely people to be thinking about history because we are very forward-looking as a people. We are least likely to not have self-will and yet these books always seem to be about people who are not in control of their own fate.”

She points out that if you moved the plots of many of the ‘great Asian novels’ to London or Edinburgh, readers would fall apart laughing. “So why does it become credible just because its from the exotic East? I just want people to understand that are we not that weird. We do things in a fairly normal way. We kill people for fairly normal reasons. You annoy me; you call me fat; I kill you. It’s easy; it doesn’t have to be about fate.”

Mukoma is involved in projects which translate English books into Kiswahili and Kikuyu. He believes that language and narratives need to be spread to both the West as well as between global South cultures.

“Even though I am trying to reach a universal audience, I still have a duty to my language,” he says. “What does it mean to be fluent, and to carry these worlds, in a language that is not mine? Shouldn’t I enrich my own language? Right now I am enriching the English language, extending English literature, shouldn’t I do this for my language as well?”

The group discusses dealing with the critics, the pressure to create “tourism-board” depictions of their countries, and why everybody loves a good maverick.

This week’s episode of South2North premieres at 19:30 GMT on Friday, 4 October 2013 and also screens on Saturday at 14h30, Sunday 04h30 and Monday 08h30.For more information, visit http://www.aljazeera.com/programmes/south2north/, where all episodes are available to watch online.

Catch up on last week’s episode, where Redi discussed how chess can help mathematics education, at http://www.youtube.com/watch?v=Dh3bnBcIRno.

A new burst of energy in industria... 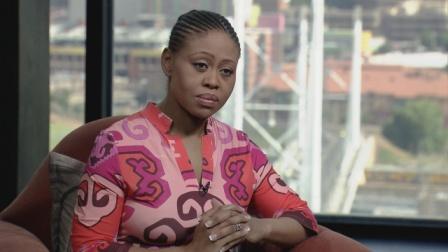