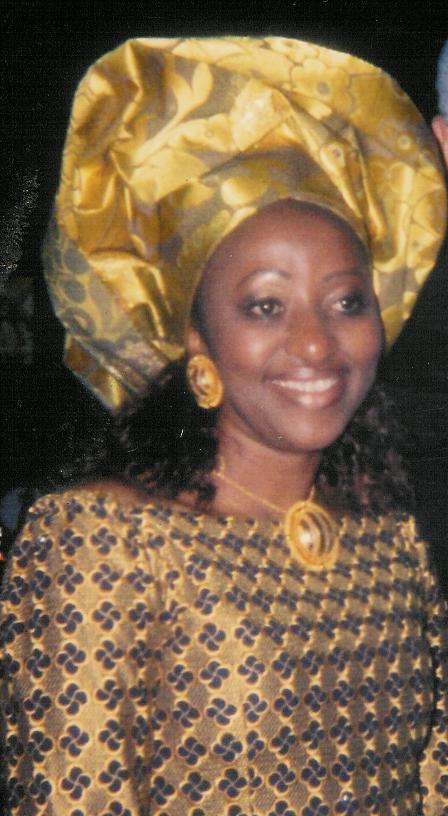 The Deputy Minister of Finance and Economic Development, Madam Mabinty Daramy (in photo) has said that the government has received a loan of $315M from the Chinese government.

The Deputy Minister said the loan will be utilized for the construction of the proposed new airport project to be constructed at Mamamah in the Koya Chiefdom, Port Loko District.

The Deputy Minister made these remarks recently when the Minister of Transport and Aviation Mr. Leonard Balogun Koroma aka Logus was heading a high power government delegation to visit to the new airport site at Mamamah village. The delegation comprised of ministers, heads of government and departments, together with the Chinese Consultants.

Addressing a gathering at the Masiaka Town Hall, the Minister of Transport, Mr. Logus Koroma said today is a turning point in the realization of the President’s dream to transform Sierra Leone into a middle income country through the first stage of the process which includes the establishment of a state of the art international airport that will be named by a naming committee during the commissioning of the airport project later this year.

He said the construction of the airport will enhance the three pillars of his ministry in all modes of transportation, which he said supervising namely air, land and sea transportation with the corresponding pillars of safety, security and service.

Sierra Leone cannot develop exponentially to catch up with other emerging African countries if we do not have a major modern airport like Mamamah on the mainland.

“The unique quality of the airport is that it is in a central position to connect to all corners of Sierra Leone,” the minister revealed, adding that technical experts can attest to the novelties that a new airport can bring, for instance, the expansion of an airport city zones that will eventually improve tourism, eco-tourism and the provision of more jobs for the youths not only of Mamamah but for Sierra Leone in general.

He told the people of Mamamah that the airport will not only bring compensation for their properties and economic crops and land, it will create jobs for the youths and it will put Mamamah on the international map.

Earlier, the Paramount Chief of Koya, P.C. Bai Kompa Bomboli II welcomed government officials and admonished his subjects to cooperate and support the government in ensuring the dream of the project comes to fruition.

The programme was climaxed with a conducted tour of the project site.