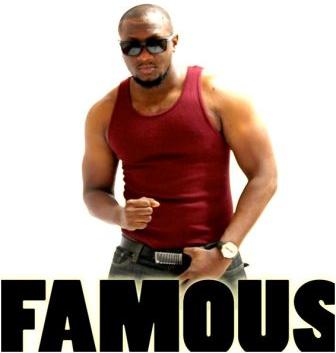 Frederick Peters aka Famous, is set to release a hot new video this month. The video which is tentatively titled: ‘Da Bondo Way Den Nor Call You’, was shot and edited in the United Kingdom and will be released the end of September under his Famous Entertainment label.

‘Da Bondo Way Den Nor Call You’  will form part of Famous; upcoming album; ‘My Name is Famous’, the 2012 All Works Of Life (AWOL) award winning artist said he has a surprise package for the world.

Famous said in an interview with SaloneJamboree via WhatsApp that he is now working hard to improve his musical career and win international appeal. The artist who is presently in the United States said this, “‘My Name is Famous’ will be different from all my previous albums. I want to prove to the world that Sierra Leone can produce better songs and break international boundaries.”

He said each of the songs in his ‘My Name is Famous’ album will come out with a video. Famous said he is also releasing the ‘Da Bondo Way Den Nor Call You Video’ alongside the audio and another song titled; ‘Troway’.  He said three of the songs from his upcoming album were recorded at Forensic Studios in Freetown. He said work is ongoing for his ‘My Name is Famous’ album in  Sierra Leone, England and the United States and he will be releasing music videos ahead of the album release, which is expected to come out later this year.

“I will fly through London and bring Nick Asghil to Freetown to shoot my music video in November,’ Famous said. He said he has invested and will continue to invest in his upcoming album because he wants to satisfy his fans.

The Famous artist has performed at a United Nations charity in Miami and is expected in Freetown by November.