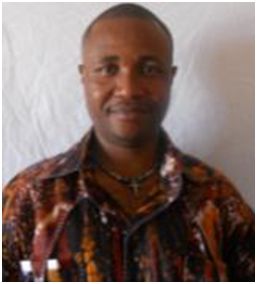 The news about the suspension of Sierra Leone by the Extractive Industry Transparency Initiative (EITI) Board was greeted with disappointment and dissatisfaction by the Sierra Leonean populace and the Government. It all happened, “following the submission of Sierra Leone’s 2012 Validation report. The Validation Committee concluded that Sierra Leone had not achieved compliance with all requirements. As this was the second Validation, the Rules (Policy Notes 3) indicated that the country should be delisted. However, in light of the Board’s earlier decision to suspend countries to achieve meaningful progress after a second Validation, the Board agreed that Sierra Leone was to be temporarily suspended” (EITI Validation Report, 2013). It was against this back drop that the Board, on 26 February 2013 suspended Sierra Leone. The suspension will be lifted if the Board is content that the remedial actions are satisfactorily completed. If suspension is in effect beyond 25 February 2014, the Board will consider delisting.

This suspension has generated a new national debate in the area of natural resource governance. A renewed focus of this debate addresses the manner, with which the Government of Sierra Leone has been entering into agreements with foreign companies in the extractive sector. This is the first of a series of interventions I intend to make as the debate unfolds. In this piece, I focus mainly on the responsible management of natural resources and how the government of Sierra Leone can maximise and transform our country’s natural resource rents into developmental riches. It is my conviction that the country’s natural resource rents must be collected by government institutions, and channelled through a transparent budgetary process so that; they can be transformed into productive public assets and sustainable development for Sierra Leoneans.

Currently, global demand for scarce natural resources has increased rapidly. As a result, land and high-value natural resources held in fragile states are becoming the next frontier for an intensive resource scramble. And as countries and companies compete at an unprecedented pace to secure exploration licenses and concessions, fragile states are particularly vulnerable to poor contract terms, non-transparent decision making, corruption, and other negative impacts. Sierra Leone, a resource-rich and post-conflict country is no exception.

The Government of Sierra Leone, in striving to capture sufficient benefit from the country’s natural resource sector, has the primary objective to diligently and transparently serve the people of Sierra Leone. It is therefore expected of the Government to maximize the rate of revenue captured from the extractive sector. Sierra Leoneans also expect Government to allocate these revenues equitably and efficiently.

But, in the real world, this is not always the outcome. The Government of Sierra Leone has made impressive strides in improving the lives of its people and jumping the country’s economic growth parameter to an appreciable status. But overall progress has been uneven – and in some areas it has fallen short of reasonable expectations. The continuous occurrence of conflict in mining areas between mining companies and the local people, the blatant disregard of social cooperate responsibility by mining companies and the recent suspension of the country by the EITI Board, speaks volume of the disappointing overall performance of Government. Quite simply, the Government of Sierra Leone has not, in most cases, been the best steward of these resources, increasing the clamour for better governance and social accountability for natural resource use.

These views have also been echoed in a report “Not Sharing the Loot”, published in October 2011, by the Danish Development Organisation – DanWash, in association with Sierra Leone’s civil society group – Network Movement for Justice and Development (NMJD). The Report highlighted mining agreements signed by the Government of Sierra Leone – allowing mining companies to get away with paying little or no taxes to the detriment of the country.

The most serious indictment made by the Report is with respect to the poor levels of revenue generated by the government from mining. The Report says that Government revenue from mining is collected through various payments of royalties, taxes and levies. The payments and rates are stipulated in the (Mines and Minerals Act of 2009) and the (Income Tax Act of 2000). These Acts constitute the fiscal and legislative framework for mining in Sierra Leone.

However, some of the companies have negotiated special agreements with the Government, granting them tax concessions or other benefits. The most important sources of Government revenue from mining are leases and licenses. To explore and mine an area, a company needs to hold a mining license and a lease, for which a fee has to be paid to the Government. In 2010 mining leases and licenses accounted for US$4.4 Million or 19% of Government revenue from mining.

The DanWash and NMJD report also found that in 2010, the mining industry accounted for almost 60% of exports (US$200 million), but only 8% (US$24 million) of government revenue came from the mining sector. Government revenue from mining accounted for only 1.1% of GDP. Royalties are potentially the biggest source of government revenue from the mining companies. However, the report stated that the biggest exporter of minerals – Sierra Rutile has reduced its royalty rate from 3% to 0.5%.The company pays as little as 2.2% of its export value. Generally, mining companies in Sierra Leone have negotiated advantageous agreements with the government, to keep their payments to the government of Sierra Leone low.

Indirect taxes are the largest and major contributor to government revenue, while corporate income tax, lease and licenses and royalties constitute less than half of total government revenue. The top five mines in Sierra Leone are part of company structures with excessive use of low-tax and high-secrecy countries, also known as tax havens, which are particularly useful for moving profits out of countries of operation and reduce corporate income tax payments.

According to the Report, four of the five reviewed mines in Sierra Leone, – Koidu Holdings, African Minerals, Sierra Mineral Holding and Sierra Rutile, are owned through intermediaries based in tax havens – such as Bermuda and British Virgin Islands. It was also stated that, despite increasing global mineral prices, mining companies in Sierra Leone hardly declare any profits, and therefore corporate income tax revenues are only US$ 2.4 million or 10% of total government revenue from the mining sector. Only one of the top five mines – Sierra Rutile, is paying corporate income tax.

According to the Income Tax Act of Sierra Leone, corporate income tax rate for mining companies is 37.5%, while the general company tax rate is 30%. However, the report stated that London Mining Ltd only recently had their tax rate revised from 6% to 25%. The agreement with African Minerals also sets the rate to 25%. If the chargeable income of a company is below 7% of turnover, the mining company shall pay a minimum income tax of 3.5 % of turnover. Sierra Rutile has negotiated a minimum turnover tax of only 0.5%, while African Minerals is totally exempt from it. Corporate income tax in 2010 accounted for only US$2.4 Million or 10% of total mining revenue. This might include payments of US$1.5 Million from London Mining, erroneously booked as corporate income tax. If these are deducted, total corporate income tax from mining would only account for 4% of government revenue.

Therefore, if this Report is anything to go by, the Sierra Leone natural resource fiscal regime leaves ample room for ad hoc negations that ignore formal rules and create major risks for regulatory capture and revenue leakage.

As a step in the right direction, the Government of Sierra Leone, in collaboration with the SLEITI Multi-Stakeholder Group, queried 31 mining companies over the recent suspension of the country’s membership to the Extractive Industry Transparency Initiative (EITI), due to lack of compliance in submitting reports on tax payment by the mining companies. According to a release from State House, remedial actions have been put in place to ensure that the suspension of Sierra Leone as an EITI Candidate is lifted and Compliance achieved. (Press Release – State House, 2013).

In conclusion, Sierra Leone is not realising profitable returns from her natural resource tax-revenue because, the bargaining space is narrowed between two stakeholders only– the government and the mining companies. To maximise profit, the bargaining space should be transparently opened to other agents within the public sector. It is my belief that the inclusion of public agents likes the civil society, our traditional chiefs, and the local people will be an added value to the needed bargaining strength of Government.