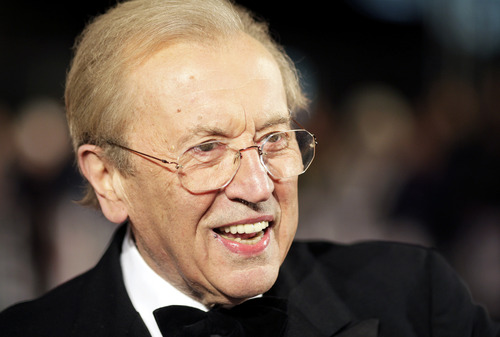 Sir David worked with Al Jazeera English since its launch seven years ago, first with Frost Over The World and most recently with The Frost Interview.  Tributes are flowing in for Sir David Frost, who passed away this weekend.

Al Jazeera English managing director Al Anstey says, “With his characteristic incisive, engaging, and unique interviewing style, his shows hosted some of the most important and interesting names in recent history. His conversations with his guests elicited both news lines and a unique insight into their lives. Sir David’s career spanned 50 years as a television star. He was known for interviews with the leading figures of his time, most famously his extraordinary interview with US president Richard Nixon. Sir David’s own place in history will be marked through his extraordinary work:  his journalism, his questions, and his conversations through the last five decades. His professionalism, his charm, and his great sense of humour will be very missed. Our thoughts are with Sir David’s family at this sad time.”

Charlie Courtauld, who worked as the series editor of Frost Over the World, says, “What was remarkable about Sir David was his ability to put any interviewee at ease – from the most high and mighty to an ordinary person in the street. He found interest in anybody. Whoever he was interviewing would realise that Sir David was genuinely interested in them and their lives. He was very much a people person.”

In 2012 Sir David launched The Frost Interview, a series of intimate, hour-long interviews, going back to his roots of “Nixon-style” interviews of depth with leading personalities, after years of shorter studio-based conversations.

Richard Brock, executive producer of The Frost Interview, says, “David was a wonderful broadcaster, a professional in every way, and also a great friend. He had a great outlook on life, a terrific sense of humour and will be greatly missed.”

Sir David had been awarded all the major television awards for his illustrious career. He was knighted by HM The Queen in the New Year’s Honours List of January 1993 and honoured by the Museum of the  Moving Image in New York in 1998 and by the Museum of Broadcasting in New York in 1999. In 2005, he was awarded the BAFTA Fellowship, their highest honour. And in 2009 in New York he received the International Emmy Founders Award, which is their highest honour.