Getting Our Priorities Right 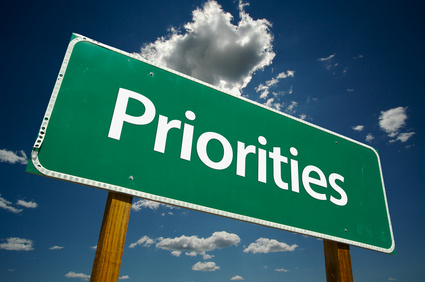 Getting Our Priorities Right

Historically, the national interest has always been what’s good for a government and not what’s right for, or needed, by the people and the nation.

Therefore, the suspicions and recriminations; the utter neglect of some fundamental socio-economic issues; the lack of maintenance culture and the willful destruction of inherent values in the entire national fabric can be traced to the precedence set by perfidious parties as well as deceitful leaders in Sierra Leone’s political and social scenes from independence till date.

Faced with the stark choice of the interests of the nation and the preservation of their party advantage, every government with an eye on the electoral annihilation of its opponents, often think politics first; with absolutely no thought for the purity of the nation’s aspirations and needs.

Consequently, each administration takes a wrecking ball to the legacy of their predecessor before embarking on a wave of populist programmes that no-one is convinced by; but which are designed to captivate an already emasculated populace and ignore basic short, medium and long-term realities.

The result is often confusion and complete abandonment of those areas of national life that deserve attention and whose disregard, ends up stunting the very development such leaders want to be seen as signs of progress.

Sometimes displaying the IQ of a carrot and behaving like tarts without a heart, some of those whom we have been saddled with as leaders believe cash splurges provide the basis for a better country and that worrying about yesterday means defecating on tomorrow. They often forget that there will be no day-after, if we don’t take care of today.

This is why the ‘celebrity politics’ symptomatic of our governance, has ensured that there are never any road map of sorts and no breeze blocks upon which socio-economic and political continuity could be built.

In the light of this, the state of our rusting and neglected landmarks which used to be sources of pride to us and which served us for years, such as the recently collapsed King Jimmy Bridge, is instructive; as it illustrates succinctly, the general malaise in our approach to the balance between action that creates illusory progress and the deep and sustained commitment to people-oriented legacies.

So, maybe if the country learns nothing from that tragedy, one lesson is that our politicians must not hide from addressing the salient fact of our lack of maintenance culture and indeed, the paucity of introspection on our ageing and existing socio-economic infrastructures, (outside roads) our systems and values, which are on the verge of imploding.  Without doubt, the absence of such is a backdrop to the national problems we face today.

Along with other missing social ingredients, they continue to not only fester and systematically hack away at the conscience of the nation; but are becoming recipes for more troubles that will eventually leave the gleaming-pated landscape of our new society, stagnant.

While a quick glimpse of the expanding urban landscapes in Sierra Leone convey a picture of socio-economic progress, the incestuous relationship with new, vain and vacuous infrastructures at the expense of rehabilitating existing ones could not be more clearly ruptured by contradictions; nor prove more calamitous as was the King Jimmy case.

By not paying attention to some of the critical but ‘non-celebratory’ areas of our society, and ploughing resources into only new ventures that portray dynamism, what we are seeing under the present apostle-of-change administration, is the continuation of the instinctive not-my-fault/business attitude entrenched in our national psyche and which has continued to tighten its grip; as succinctly brought home by the unfortunate disaster.

How we tell the tales associated with or highlighted by the tragedy, which I see as an alarm bell for us to pause and review every inch of our revival for stilts that are creaking under the yoke of neglect, will have a profound impact on not only the present, but also the future.

For all I know, there is no use asking a man in the desert whether he prefers bottled, fruity, sparkling or tap water.

But, something tells me that the issue at the epicenter of the bridge’s collapse will probably and simply not be dealt with and you can bet your last Leone, that no serious desire for a change of attitude will be reflected in either policy or political rhetoric.

Yes; the government might have shown enormous capacity and achieved significant manifest benefits in national growth drivers as well as some real infrastructural development; but, it is its narrow grasp of what constitutes the necessities of societal needs at this period in time that detracts from its achievements. It is why attempts to garner reflected credit for the relative indicators of real progress, continue to rely on spin as a veritable choice of conveying governmental efforts.

President Koroma’s desire appears to be the legacy of being recognised as a transformational leader. However, for this dream of his to materialise, it is essential that he starts looking at the bigger picture of the country’s socio-economic and even political needs.

I believe that this is an excruciating truth that even we as a nation, need to face; far more than the maddening dash for the new grandiose projects that are taking our fancies; and the red carpets that we roll out for any Johnny Whiteskin.

There is also a twist. Because to me, it beggars belief that amidst the mad dash for new things, no one thought of maintaining some of our vital crumbling and dilapidated infrastructures.

Nevertheless, while we are at it and in the light of the recent tragedy, at the centre of our on-going expensive transformation circus, lies some pressing unanswered questions:

From the moment we started grinning at every Tom Foreigner ready to throw a coin into our bowl, like a beggar looking for a loose change, Sierra Leone’s subservience to the express wishes of our ‘investors’ has turned us from an independent partner, to a fawning lackey who does not know, remember how, or realise the need to scratch its own backside anymore.

Fears about a difference in governance direction seems to be heightened by some of the current gauche men running the country, who make it clear that their human wirings cannot show any sign of life as it is firmly tied to the battery of the President, who unfortunately, loves the impotence of the cautious, consensus personnel in his corridors, playing the tradition of favours given and favours returned.

The resultant oversight and riveted rag-tag manner of the disposition to the minutiae of the lives of the ordinary proverbial hewers of wood and drawers of water is a painful reminder of the brand of politics and service that creates in the minds of the captive-but-demoralised audience, a sense of weakness and betrayal.

And when their thoughts erroneously strain in this direction, those in power make it look like Christmas day with a root canal appointment at the dentist’s, for the rest of our compatriots sitting quietly on their own as they ponder where the next meal will come from,

But by going about bread and butter issues, as a tortoise goes about its scavenging, the government has ensured that in bored despair, the people trudge away in search of better things to do and food for the tummy; in order to cope with their experience of the worst form of existence, in a land that ordinarily should have no business with poverty.

Every social and political indicator shows unequivocally that it is essential for us as a nation to begin to make sustained efforts to create our own footprints and path, in the sands.

As Sierra Leoneans, we can continue to wring our hands impotently in unmitigated silence at this increasingly worrying development which sticks in the throat and is a testament to the necessity for socio-economic and political palliatives that will alleviate the desperate struggle of those who are affected and forced to accept eunuch-status as a norm.

If not for the corruption and thievery of the ruling elite as well as the contemptuous pervasive maladministration by successive regimes since Albert Margai, Sierra Leone will be a far better country than it is now.

Anyway, if you listen out for it, the soft shrilling sound of the dead and the living-corpses on our streets and at the background of our national life, has become a new divide between the natives who say “‘Look…’ and the folks who say ‘So…’

But how long do we expect the ordinary citizens to continue to be grovelingly grateful for what they are seeing but not benefitting from; while even their home-made candy is being snatched from them.

That report on the state of human...