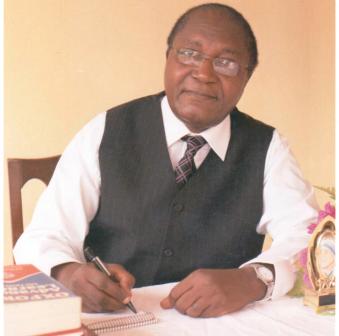 One thing for which this president will be remembered when he eventually leaves office is his thirst for development. At the moment he focuses on roads rehabilatation and key provincial cities and towns. He has also rehabilitated our Lungi international airport as visitors to Sierra Leone can bear testimony and constructed a brand new Civil Service Training College. He realises that the visitor’s first impression of a country is its nation’s international airport because this is the principal entry port.

The news of the collapse of the century plus year old KIng Jimmy Bridge should bring sadness  to every Sierra Leonean and such disasters is reason to bring us all together as a people, and must on no account be politicised.  I call upon all pro Green and pro Red journalists  to come together as one people in one nation as we are all grieving for our poor who perish because of their poverty. The President has been to the site to commiserate with those who lost their lives and has promised to stand by them in this hour of sorrow.

The cause of all such disasters is poverty; but more than poverty is the lack of a culture of maintenance culture by our governments. Our governments are always wanting in this important culture- maintenance of what is ours. And as headlined above this is a direct message to President Koroma to prioritise development projects he is anticipating. After all we can’t go ahead bringing new developments while what we already have is collapsing and with immeasurable costs. Let us remember that disaster does not discriminate between rich and poor; this time the poor and homeless are the victims but it could have been the other way round had this taken place in broad day light.

Collapsing bridges is not confined to poor nations; the World’s richest nation, the U S A has a history of collapsing bridges and President Obama recently announced that some 56 ( fifty-six) bridges in all U S A need repairs. Not too long ago a bridge collapsed in Montreal, Canada in broad daylight. So we can see that disaster can strike anytime anywhere.

In Sierra Leone, there are countless numbers of bridges which need immediate attention. This is urgent and the President must find a way to address now or never. I am not familiar with all areas of the country but I can cite areas between Freetown and the North where urgent attention is needed. The President can forego his project on bringing back the railway line which failed this nation in areas he has identified. I say so because I am absolutely certain that Sierra Leoneans are no longer thirsty or hungry for a failed project, only to fail again given  the record of poor performance the century old railway line from Freetown to initially Kamabai in Biriwa, which was closed after World War 11: the line was reduced to end in Makeni which finally closed in 1972; also the line between Freetown and Pendembu which finally closed in 1973 because of poor economic performance. Sierra Leoneans should remember the history of the commercial railway in Sierra Leone. It was closed under President Siaka Stevens era because it was realised to be futile and uneconomic and its only beneficiaries were management and station masters and   therefore a ruin to the nation. Roads are today all over the country. I believe no Sierra leonean is anymore thirsty about a railway line which is likely to fail again. Among the multiple projects this president has, I strongly suggest the contemplated railway line to be at the far end of the priorities.

For the attention of HE the president, the following bridges are a death trap for anybody and these can collapse anytime because of very old age. Let us not wait to re-build, but let us repair now or face disaster. Here is the list:

The Magbele bridge remembered as the Magbele Ferry bridge. This bridge was built around  1954 or thereabout after a ferry disaster when in the same river Rokel Over fifty people were reported to have lost their lives, and the colonial government had no choice but to build that narrowest of narrow bridges in Sierra Leone. This can be a trap for anybody as it is the bridge everybody crosses to different parts of the country. It should be Priority No.1 because this is the bridge the powers that be cross with their motorcades almost on a weekly basis.

In Port Loko, the Bankasoka Bridge , which links the country with neighbouring Guinea. If this should collapse, we art cut off  and it means Hon Alpha Kanu and Hon Kemoh Sesay can no longer go their area of Port Loko.

The Kukuna bridge between Kambia and Kukuna another very dangerous bridge which has cost countless lives over the years and it continues to depreciate.

The Magburaka Bridge commonly known as the Makump bridge because it is on the old side of the road. Travellers to Kono may choose to ignore this bridge but not the people of Magburaka town. This is another death trap for all. There are so many death traps all across the country. It was built almost at the same time as the Magbele brodge on the Rokel river.

What about the Kunsho bridge in the backyard of the President. A countless number of vehicular traffic have plunged in the this Kunsho river and is so old that governments never think about them until disaster strikes.

Recently while I was in Freetown, the old Mabang railway  bridge collapsed, cutting off people from the rest of the counrty. It is not known whether work on reconstruction has begun. A similar number of bridges may also be death traps in the South and East tern provinces.

Maintenance is not only confined to roads and bridges, but also government infrastructure. For example, the National School of Nursing, once the pride of the nation and the Ministry of health is so dirty  looking as if sprayed with charcoal powder,  The Salpost Building, equally dirty until Airtel offered to renovate it; what is even too bad to look at is the Bank of Sierra Leone, too bad to view as a national Banking Institution.  This has been great negligence by the two alternating governments of this country, the SLPP and the APC.

All this is the result of decades of negligence by both our past governments which have been alternating for power-, the SLPP and the APC. Both are responsible for this unpalatable situation.

I call on the president to do whatever he can to repair all the these death traps and not wait to talk of rebuilding as they can be death traps traps for both the mighty and the lowly. Remember that Disaster like Death is no respecter of persons.