Homepages
Your trusted place for Sierra Leone and global news
Trending News
HomeFeatured‘SLPP is our party, together we must make it stronger’ Maada Bio in London

‘SLPP is our party, together we must make it stronger’ Maada Bio in London 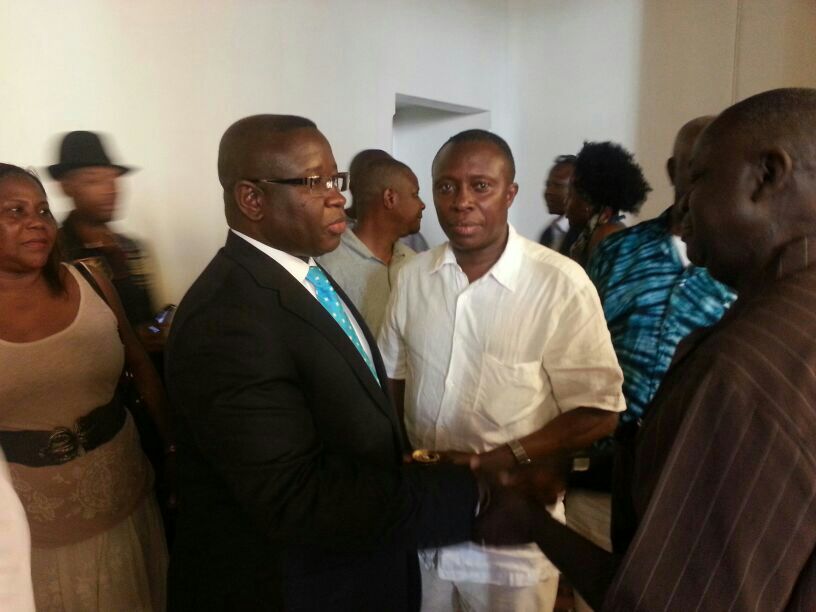 ‘SLPP is our party, together we must make it stronger’ Maada Bio in London

Maada Bio made this comment as part of his clarion call to all Sierra Leone People’s Party (SLPP) members as he addressed an impressive turn out of SLPP members of UK and Ireland branch on Sunday, 28th July 2013 in an Extraordinary Meeting in London.

In his remarks as flagbearer of the 2012 elections, he started by saying that SLPP members in the diaspora are very important to the party and he thanked all those members in the diaspora who left their jobs, families and other engagements to travel to Sierra Leone for the 2012 elections.  Maada Bio told the audience that SLPP did not lose the elections but rather the party lost the results. He went on “for anybody who witnessed the SLPP last rally in Freetown with that huge turnout and to think that SLPP could not win a single parliamentary seat or even Councillor seat in Western Area then you know something was fundamentally wrong”.

However, he admitted that as a party we should have to do a collective post morten about the elections. Our priority after the August convention is to see the SLPP becomes more organised as a responsible opposition holding the government to account on behalf of the citizens. As a party, we must start to deal with our party issues through internal party structures rather than the front pages of the newspapers or through government influence. Even on our party email chat forum which creates a link between party members in the diaspora and Sierra Leone we must start to change the dynamics of our discussions from the frequent bashings to constructive engagements discussing ideas and visions that will move the party forward and prepare SLPP as the next government.

After Maada Bio’s remarks, it was time for the question and answer sessions which I guessed for many members it was the opportunity to say what they think and what they have heard about him. So the questions from the SLPP members directed to Maada Bio broadly covered three areas:

On the first question of being too silent, he said that was an unfair characterization because throughout the elections he was speaking and campaigning to people on issues that matter to their lives. And that even after the elections he has written so many press releases and even spoken on FM 98.1 when certain SLPP members were making allegations and counter allegations of financial impropriety within the party. He said the issue of speaking is a more broader issue because if SLPP members want him to be speaking regularly the question is: in what capacity do they want him to be speaking on issues which are related to the party?

He went on,  “for instance in December 2012, when I made a press release wishing every SLPP member a prosperous 2013 I was questioned by the Chairman that that was not my role to write a Christmas message to SLPP members”. He smiled as the audience burst out laughing. “So I have sometimes remained silent just to prevent any unnecessary misunderstanding with the Chairman and for us as leaders to get along peacefully. But on national issues like the recent Transparency International Report on bribery, I recently granted an interview to the BBC Focus on Africa programme in which I said corruption is still endemic n Sierra Leone,” he added. To many members that answer seemed satisfactory as long as it had to do with preventing conflict within the party.

The second question was the perception of some of his supporters as being too violent and what has he done personally to deal with that.

He started by saying that this issue of violence or “pa o pa” is just part of an APC paid media agenda to smear him. This is because commonsense will tell me that as former flagbearer and a man who has the intention of contesting again for that position, it is not in my best interest to divide the party.

The question is: am I a violent man? And the answer is categorically NO.  Even when they make this lousy claim that I used to be a “wife beater” in the USA, that is just complete nonsense. I lived in Washington DC for many years I did not even have a single driving offence let alone an issue of domestic violence.

For those who personally know me, I went to the Bo School for seven years and upon completion the school gave me an award for best behaved student. so violence has never being part of me and I will never condone violence.  In fact on one occasion at the party office I had to physically remove the party chairman, put him in my car and drove him off when some young party members were venting their frustrations against him.

As I sat listening, I also remember that Maada Bio had once told me that he had even signed a declaration, a document which should be in the possession of the chairman, in which Maada Bio denounced violence and disclaimed any member who acts violently on his behalf.

He went on, “This is my view on violence, I believe every SLPP member is peaceful, decent and law abiding. But there are times, like every other political party be it APC or PMDC, when a few young people within the party out of over-zealousness do certain regrettable things. As leaders of the party, it is our responsibility to engage these young people to tell them that there are better ways of expressing disagreements within the party so at the end they can be better party members and better citizens.”

A female party member who was very delighted with that statement could not help but turned to me and said, “This is the type of statement we expect from out party leaders rather than the in-fighting.”

Finally, on the question of if he is given another opportunity to lead the party in 2017, what are the things he will do differently.

Firstly, he said he was not in the meeting to campaign for the flagbearership and as a party it is not only about him rather we all have to do a collective review of the last elections.  He said if there is any lesson he has learnt, it is the shocking reality that elections are won or lost beyond the registration of voters and the voting process. He went on, you can be the most popular candidate and lose an election whilst at the same time be the most unpopular candidate and win an election.  It is sad for our democracy and the voting populace.  Therefore, he said, whoever the party decides to elect in 2017 one thing is clear, that as a Presidential Candidate he has laid a very strong foundation for the party and his only priority will be for  SLPP to win the elections in 2017.

That response received a very loud applause from the audience because for many he came across as a man who cares more about the victory of the SLPP than his own personal ambition.  I guessed one of Maada Bio’s goals was to tell those party members in the clearest of terms that for him being the flagbearer of the party is not an issue of “Pa O Pa” rather it is a decision for the SLPP membership. and if he is given the opportunity to serve again as a presidential candidate it will be a wonderful privilege.

Also, in attendance at the meeting was Alhaji Momodu Koroma, who was invited in his capacity as Chairman, Constitutional Review Committee. In his remarks, he said among other things that one of the proposals he has made to the party is to separate the position of Chairman and Leader because of the enormous rancor which it has created but he stressed it will be up to the SLPP members to approve.

The meeting was chaired by the Chairman, SLPP UK and Ireland branch, Mr. Jimmy  B. Songa who in his closing remarks said that as members of the party they are very disheartened to be seeing that key players within the party are not united. He appealed to both Alhaji Momodu Koroma and the flagbearer 2012 elections, that all the leaders of the party should be their brother’s keeper.  As a branch,  he promised to work alongside all the party leaders in the interest of the party.

The meeting was also attended by representatives of SLPP executive members from Bristol and Reading whilst the chairman council of elders, Alhaji Khalil Mustapha, past chairmen of the branch, and many other distinguished SLPP members were also in attendance.

ACC sensitizes staff of the distri... 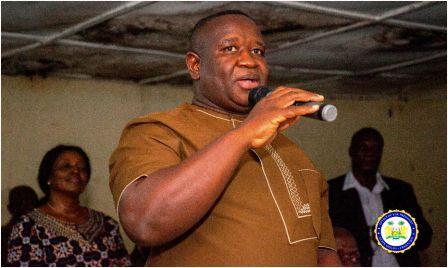