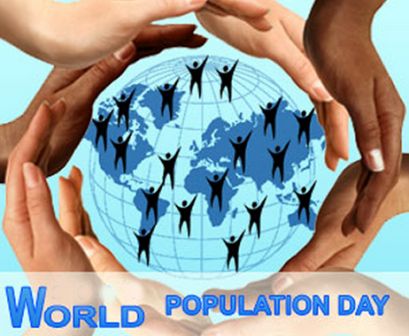 Marie Stopes in collaboration with the Ministry of Finance and Economic Development, on Thursday, July 11 2013 celebrated World Population Day on the theme, “Let boys be boys, not fathers.”

The ceremony was graced by the Minister of Finance and Economic Development, Dr. Kaifala Marrah and held at the Sumalia Town community west of Freetown.

She noted that five mothers and thirty babies die everyday in Sierra Leone, most of whom are teenagers.

She revealed that over the years, led by the Finance Ministry and with support from their partners, they have intervened in the situation with policies and strategies.

Madam Manty Tarawalli added that that they decided to celebrate this year’s day at Sumalia Town because of its high population especially with young people.

She further stated that they sensitized the communities on the effects of early fatherhood, its consequences on the boys and girls, the families and the newborn child the implications to their communities and the nation.

In his statement, Minister of Finance and Economic Development, Dr. Kaifala Marrah thanked Marie Stopes for what he described as a laudable venture.

He advised the young boys and girls to stay focused on anything they are doing so that they can reach their goals. He appealed to them to become role models in their societies and avoid early fatherhood or motherhood.

In his remarks, Sheikh Alhaji Ahmad Bah thanked Marie Stopes and the Minister for what he described as a wonderful occasion, while referring to the Minister’s advice as brilliant. He called on the Minister to consider their community in Government’s development plans.