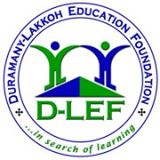 The Duramany-Lakkoh Education Foundation [D-LEF] past Friday 12th July donated building materials worth millions of Leones to the IPAM Muslim Jamaat during the Juma prayers. The items included 4 bundles of zinc, nails etc., assorted food items such as bags of rice, onions, 5 gallons of oil, sugar and other items. Founder Ezekiel Kalvin Duramany-Lakkoh who is also a senior lecturer of the Institute said that the donation is geared towards face-lifting the university Mosque which serves as a prayer centre for both lecturers and students in campus while the assorted cooking materials serve as a Ramadan Mubarak.

Receiving the donated items, the student union Imam IPAM, Mohamed Muctarr Jalloh expressed appreciation and extended praise to the organization for undertaking  such a laudable venture.

In another development, D-LEF also made a handsome cash donation as fund raising effort to the Sierra Leone Debating Council. This event marks the inauguration of a new executive of the incoming President Mohamed Salam.

Abdulai Gbaraytay, public outreach coordinator in the office of the government spokesman and a host of other distinguished guests made personal donations.

The Duramany-Lakkoh Education Foundation [D-LEF] was founded in 2011 as a non political and non profit making organization with deep reflection to address the critical situation to problems faced by the educational system in Sierra Leone.

Prosperity is not gratis