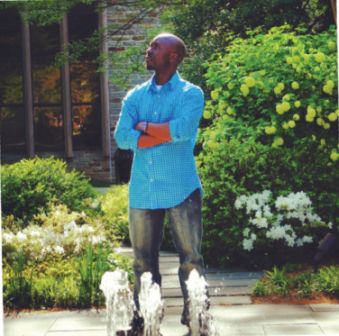 College self-efficacy, a construct that is rooted in self-efficacy theory, refers to whether or not a student believes he or she can succeed in college. The issue of college attrition is a growing concern in the United States.

Researchers have noted that college attrition is more prominent among African American males. Few studies have examined college self-efficacy in relation to environmental factors that may hinder their academic persistence. The current study investigated how the environmental factors of perceived racism and college satisfaction are correlated with college self-efficacy in African American male students.

Mohamed Mansaray earned his undergraduate degree from Morgan State University with a major in Psychology.  He later earned his master’s degree in Clinical Psychology from Argosy University, Washington DC in the Fall of 2006.

After earning his master’s degree, Mohamed worked as a school therapist and lead psychometrician for Mid-Atlantic Psychological Services, a private practice in College Park, Maryland.

He began pursuing his Psy.D. in Clinical Psychology at Loyola University Maryland in Fall of 2009.

In September 2012, Mohamed started his pre-doctoral internship at Springfield Hospital Center where he provides a range of psychological services to the severely mentally ill.

On May 18, 2013 Mohamed Graduated from Loyola and is looking to complete his last steps in receiving his degree in September 2013.

Mohamed is the son of proud parents Alhaji Gibril and Haja Kuda Mansaray and husband of Mrs Shalene Mansara, his supporting wife.

“Transparency International is not...

As the battle for land intensifies soldi...