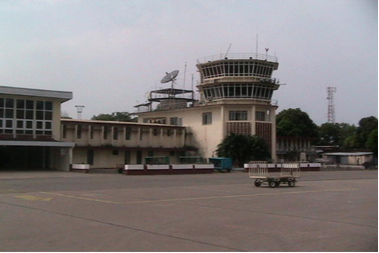 Freetown, July (SLENA) – The Member of Parliament for Constituency 56, Hon. Kombo Kamara has blamed the Sierra Leone Airport Authority for failing to address the diabolical activities taking place at the airport.

The activities ranged from theft of passenger luggage, lack of proper security, poor management to inadequate security at the run way and the absent of CCTV cameras.

Speaking in parliament last Tuesday at Committee Room No. 1, Hon. Kombo Kamara noted that the management of the airport was not taking any serious action to address the problems that are affecting users of the airport facilities.

Hon. Dauda Kallon appealed to the Transport minister and the management of the airport to quickly address the aforementioned problems at the airport.

Speaking during the session, the Minister of Transport and Aviation, Mr. Leonard Balogun Koroma expressed appreciation of his presence before the committee to discuss matters that had to do with the Lungi International airport and other matters  related to his ministry.

The minister assured that all the issues highlighted by the committee shall be looked into as soon as possible and that houses built around the airport shall also be demolished to prevent the frequent occurrences of thefts.

Responding to allegations of poor management, the General Manger of the Sierra Leone Airport Authority, John S. A. Sesay admitted that indeed the airport was facing numerous challenges but however promised the committee that all problems highlighted will be addressed accordingly.