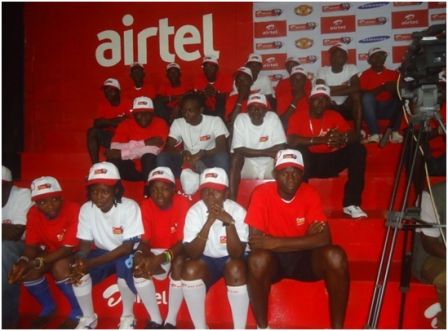 Renowned football tourney, Airtel Rising Stars, has been officially opened for local players to prove their skills and talents.

Chairman of the event Abubakarr Kanu said that the Airtel Rising Stars is undoubtedly a successful youth tournament in the country.

Commercial Manager Keith Tukei in his brief statement said that Airtel is very delighted to reach this peak of the tournament. Keith described this tournament as the best platform for youths in the country. He also stated that best players will be chosen from each team to represent Sierra Leone at the Pan African tournament which will be held this year in Nigeria. He also disclosed that two female and two male players will be departing for the Manchester soccer clinic after the tournament.

Deputy Minister of Sports Alhassan Sankoh said that football cannot develop if we fail to realize the different categories involved. Deputy Minister applauded Airtel’s initiative of promoting youth football in the country. He reminded players of the seventeen laws governing football so as to guide them through.

Players voted for their different groups and their kits were then presented to them by, Deputy Minister of Sports Mr. Alhassan Sankoh, Deputy Minister of Information and Communication Mr. Theo Nicol, Commercial Director Airtel Keith Tukei and Marketing Manager Mustapha Katta   .

These are the teams playing for this year’s Airtel Rising Stars Tournament,