Presentation By Sheka Tarawalie, Deputy Minister Of Internal Affairs, At The Inter-Ministerial Committee Meeting On Trafficking In Persons, Held At The Residence Of The American Ambassador To Sierra Leone  On Thursday 27th June 2013

I am representing my minister, Hon J. B. Dauda, because he has some other equally important function to perform, namely he is chairing a meeting on the proposed multi-purpose ID card system. His absence does not in any way mean he does not attach great importance to this meeting. In fact he believes that sending me, a younger person, would send the message that he sees the future of our country in what this meeting stands for.

As the ministry responsible for the internal security of this country (just as the US has the Department for Homeland Security and the UK  has the Home Office), it is obvious that the subject of human trafficking, like all other odds in the society, should be of great concern and interest to us. The fight against human trafficking will not succeed without the total involvement and commitment of the Ministry of Internal Affairs. The main reason being that, it is personnel of institutions under our ministry – primarily the Police and Immigration – that are the frontline foot-soldiers in this fight.

The fight against human trafficking is a fight for our dignity, a fight for our integrity, and a fight for our humanity. We cannot afford to lose it. This is why we heartily welcome the upgrading of Sierra Leone’s status from the Two Tier Watch-list to the Two Tie category, underlining the efforts we have put into this fight.

During the State Opening of Parliament at the beginning of his second term, President Ernest Bai Koroma made it very clear that all Sierra Leoneans would enjoy more freedoms and constitutional rights under his regime than in previous administrations. And this result on our fight against human trafficking is the outcome of our commitment.

We however will not feel satisfied, we will not be satisfied, until we drastically minimize if not totally eliminate this scourge.

We note the recommendations by the assessors, and we accept that indeed we still need to do more both as a government and as country. There is a need for substantial government funding and for us to provide local leadership in this fight. Because, at the end of the day, the victims are our own kith and kin, our brothers and sisters, the very people whom we are supposed to guard and protect and in whose names we are running the government.

The Ministry of Internal Affairs under the Hon. Joseph Bandabla Dauda has been revamped and is taking a new direction under the Agenda for Prosperity. We are providing the necessary quality leadership and initiating policies that would capacitate the law-enforcement agencies. You might have heard about the proposed setting up of the Independent Police Complaints Board to further enhance the professionalism of the police; and just yesterday we were putting final touches to the proposed new terms and conditions of personnel to greatly boost their morale and effectiveness. We are also taking similar steps with regards the Immigration Department.

We believe that this good news will continue to be good news – perhaps even better news as the years roll by. Sierra Leone is on the verge of experiencing a renaissance period which would turn its history around.

Human trafficking (domestic or international) thrives where poverty prevails. This government has been working tirelessly to overturn the tables and change the status quo. Today, we are not only the fastest-growing economy in the sub-region, but we have actually been earmarked as one country that could achieve the MDG on poverty by 2015. If we therefore handle or tackle the root cause of human trafficking – which is poverty – then we are in for a roller-coaster of better news.

On Saturday 29th June, I’ll again by representing my minister in Senegal in a Mano River Union meeting on security issues, including human trafficking, to underline further our commitment to the fight even beyond borders.

As a ministry, we will continue to provide the appropriate leadership and guidance to our agencies in restoring the dignity of our people and our nation. We will work and collaborate with all organizations, international and local, and all ministries particularly Justice and Social Welfare through the National Anti- Trafficking Task Force to fulfill our aspirations. Our ministry’s plans to introduce a multi-purpose biometric identity card system through the National Registration Secretariat would only help in easily tracking people and invariably their movements, which would greatly assist the police in identifying, investigating and prosecuting trafficking cases.

We want to thank the US government, through the US embassy, especially Ambassador Owen, and all other international and local stakeholders for popularizing the fight against human trafficking. I’ll end with a quote from President Koroma’s speech to US Peace Corps in Washington during his recent historic visit to the US on the invitation of President Obama. He said, “true partnership will also require decisive collective action to successfully battle the scourges of terrorism, environmental degradation and drug and human trafficking.”

Our meeting here today is a testimony and indeed a testament to that collective action.

I thank you all. 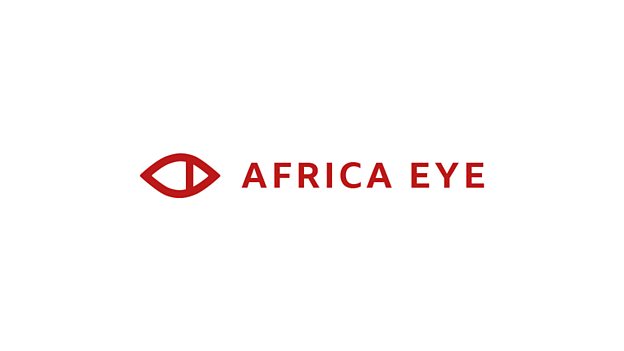