The invitation, from Sierra Leone’s Ambassador to the Kingdom of Saudi Arabia and Permanent Representative to the Organization of Islamic Conference (OIC), H.E. Wusu Munu, to the Chairman of Kingdom Holding Company (KHC), His Royal Highness, Prince Alwaleed bin Talal bin Abdulaziz Alsaud, came when the former paid a courtesy call on the latter late last year.

The invitation is in support of President Koroma’s Agenda for Change which aims to put Sierra Leone on the path from aid dependency to a dynamic, self-sustaining economy.

Mr. Alwaleed tops the widely read Arabian Business Magazineâ€™s 50 Richest Saudi List, 2009. The magazine described Prince Alwaleed as â€œthe worldâ€™s richest Arab.” He was also ranked as one of the “top 25 billionaires” in the 2009 Forbes News Magazine Billionaires list, in 2008.

However, sources close to the Prince intimated the Information Bureau of the Sierra Leone Embassy last week that Ambassador Munu’s invitation is still receiving the active attention of Prince Alwaleed.

It could be recalled that in 2003, Prince Alwaleed visited Sierra Leone and met with the former President, Mr. Ahmed Tejan Kabbah, but the outcome of the meeting was not made public.

Below is a verbatim press release issued on Prince Alwaleed’s website shortly after Ambassador Munu’s visit:

The meeting began as Mr. Munu thanked Prince Alwaleed for giving him the opportunity to meet with him and extended an invitation from the President of Sierra Leone Ernest Bai Koroma to the Prince to visit the country. Mr. Munu said that HRHâ€™s visit to Sierra Leone would further strengthen the relationship between Saudi Arabia and Sierra Leone. Moreover, the two discussed Sierra Leoneâ€™s need to develop its tourism sector and the possibilities for Kingdom Holding to invest in the hotel industry there. The ambassador expressed that Sierra Leone is keen on attracting the Prince to invest the country.

In conclusion to the meeting, the Prince asked the ambassador to relay his cordial regards and respect to the President, and promised to visit Sierra Leone in the near future. 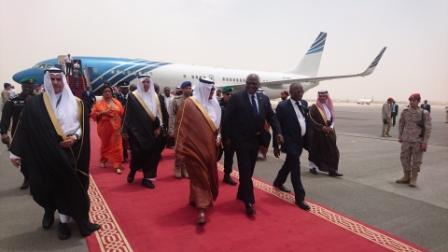 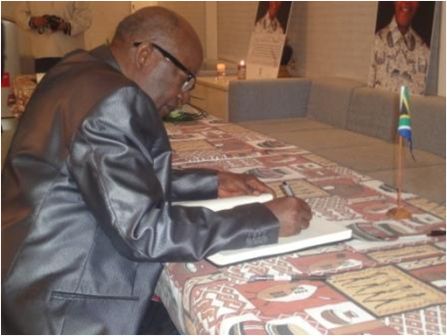 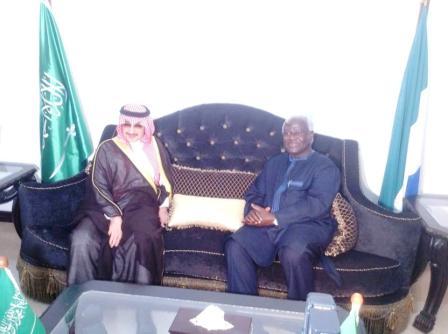