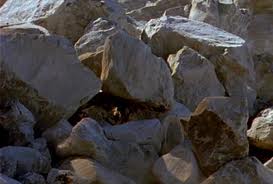 During the rainy season last year, a giant boulder rolled through a shack at Congo Town in Freetown and massacred four people. For the past years, the rainy season in especially Freetown has been characterized by rampant reports of rain disasters particularly in the slum areas like Kroo Bay which is notorious for being flooded every rainy season while the notorious and dreaded Samba Gutter bears the credit of claiming one or two lives per rainy season.

The rolling boulders usually commit their own atrocities on the hills from where they are often uprooted by erosion and descend upon houses crushing people. Now that the rainy season is back, residents of the bays and the hills are living in perpetual danger the floods and the boulders and although no major rain calamity has not yet occurred during this rainy season, I certainly cannot rule out the possibility that it will happen anytime and anywhere.

Already in the provinces, the rain and its attendant storm have started causing catastrophe. In Segwema in the Jaluahun Chiefdom, Kailahun District, a heavy storm recently unroofed the storey building of the Wesley Secondary School, thereby exposing the pupils and the furniture to the rain and disrupted the school as many classrooms, the staffroom and the principal’s office were uncovered by the disastrous rainstorm which also demolished part of the already dilapidated mud structure hosting the Sierra Leone Muslim Brotherhood (SLMB) primary School in Segbwema.

Although the rain is yet to cause an alarming trouble in our capital city. Freetown, government and other environment agencies must not wait until it happens before taking steps, it will be like closing the stable door after the horse has bolted.

Government and, especially, the Environmental Protection Agency must be proactive enough to launch a massive sensitization on the dangers of building and dwelling in disaster-prone areas like the bays and the hilltops and, where possible, forcefully relocate to safer places those residing in the disaster-prone areas.

We should not wait until it is too late. Prevention is always cheaper than cure.