No Phone Calls during Thunder and Lightening …Fire Chief Warns 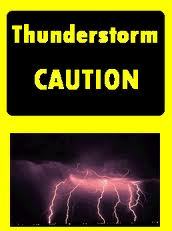 No Phone Calls during Thunder and Lightening …Fire Chief Warns

The Chief Fire Officer of the National Fire Force, Kamanda Bongay, has advised that people need to stay off their mobile phones and should not make or receive calls during lightening and thunder, noting that the possibilities for fire incidents are greater in the rainy season than in the dry season.

Bongay gave this piece of advice when reacting to an exclusive interview on their fire fighting capacity as the challenges escalate despite the new equipment the force has received. According to Bongay, using mobile phone during thunder and lightening could result in fatal accidents. Therefore, he has offered to inform people against the danger of this practice.

He said with his more than twenty years experience in the field of fire fighting, he has realized that more fire accidents occur in the rainy season that in the dry season. He noted that in the rainy season, as currently experienced in Sierra Leone, people easily flout precautionary measures for fear of the rain which compels them to take the risk of cooking in their houses whereas in the dry season, many people cook and carry out other domestic activities outside their houses.

He assured that with the new fire engines, the force would go a long way in preventing lives and properties. He noted that all the provincial headquarters can now boast of fire engines though not sufficient to match up the trend. He expressed optimism that by 2020 the country will have gone a long way in terms of capacity building and fire fighting. He commended government and other partners including the Guma Valley Water Company for their cooperation.

A Toad Does Not Venture Into Dayli...

After battle of the Titans Pujehun elect...