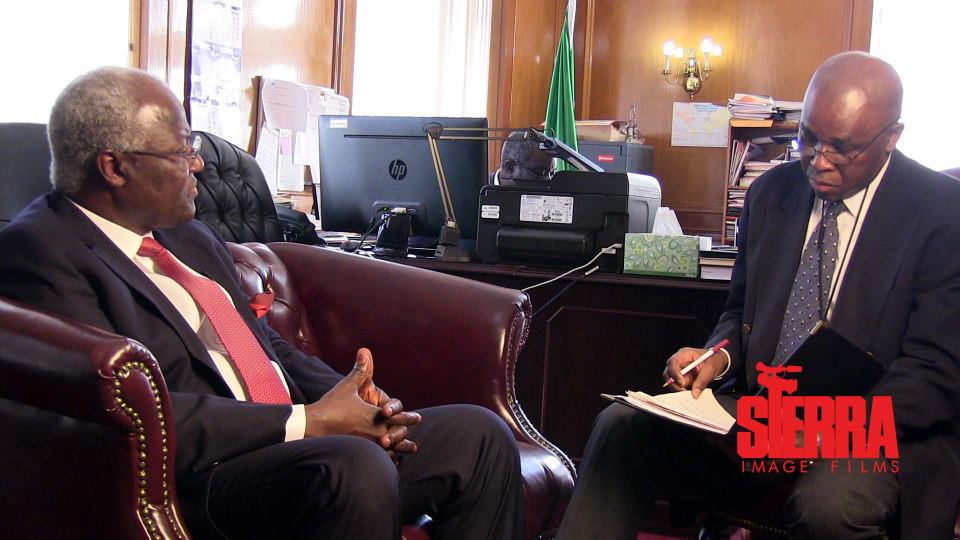 During the meeting the discussion centered on human rights, democracy, trade and investment and the youth sector in the four African leaders’ respective countries and peace and security in their shared region.

To mark the 52nd anniversary of Sierra Leone’s Independence on April 27, Kwame “Cumalé” Fitzjohn, host of Global African Media’s “Conversations with Kwame “Cumalé”, sat down with President Koroma at the Embassy of Sierra Leone in Washington, DC on March 27 for an exclusive one-on-one that covered a wide range of topics on Sierra Leone and the Diaspora: Business, the Economy, Politics, Sierra Leoneans in Diaspora, Absentee Ballots, and his Legacy.