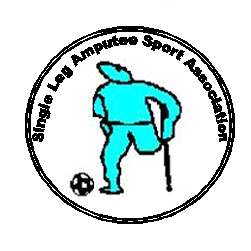 Speaking to this medium Mambud K Samai said that Kenema city has been selected for the 3rd hosting of the Nationwide Amputee Football League, which is currently underway at the Kenema town field around Kambue Hill in the centre region of Eastern province Sierra Leone from 19 to 27 April, 2013.  Adding that the Nationwide Amputee Football League is a tool for community social development being implemented by SLASA with sponsorship from FIFA, Empowered Living Initiative, Street Football World, Africell, NATCOM and friends. He said the event is aimed at developing the technical capacity of amputee players, showcasing the new peace in Sierra Leone, demonstrating as peace ambassadors and the opportunity to meet counterpart teams from around the country, which will add value to the sharing experience and build each other’s hope and confidence.

Jabati Mambu president SLASA, said football has the potential of being a viable podium for capacity building of youths into a core human resource for the development of communities and the country as a whole.

He stated one of the major highlights of the nationwide league is the selection of the national team to represent the country in the Africa Cup of Nations in Kenya November 2013.

Arthur Bockarie Kallon, a representative of Africell, in his response said it is part of their corporate social responsibility, indicating that the tournament will help participants develop and learn new skills in sports development, promote sports nationally, and he commended the team for their good works; adding that the nationwide league in Kenema is the third to be hosted in the country and it is being attended by participants from five member clubs and districts (Kailahun, Bo, Makeni, Kenema and Freetown).