Makeni Council threatens to shut down businesses in Sierra Leone 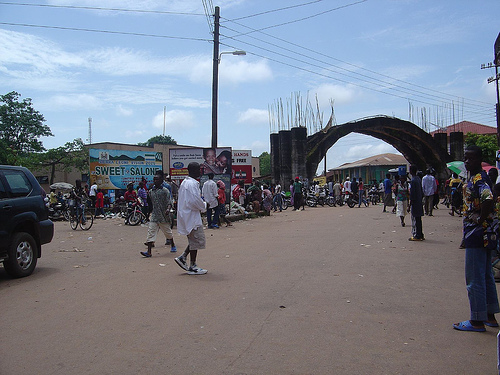 Makeni Council threatens to shut down businesses in Sierra Leone

The Information and Communications Officer of Kenema City Council, Mohamed Arapha Kabbah, has revealed that the administration of the council has issued out stringent warning to owners of business houses to pay their taxes to the council or defaulters’ business houses will soon be shut down for non compliance.

Speaking during his familiarization meeting with media practitioners in Kenema at the City Council conference room, Kabbah explained the purpose of the conference. He said it is to familiarize his office with press and also give the update of the council for public consumption. Mr. Kabbah disclosed the decision by the council to go on the rampage in shutting down some business houses whose owners failed to pay their taxes and that the operation will be in full swing come next week. He maintained the essence of informing media practitioners ahead is to be au fait with the operation in order avoid mixed feelings about the council and its officials in the city and also help the dissemination of the information to the public.

In furtherance of his statements, Mr. Kabbah also intimated to the audience about several developmental projects on the pipeline for the council. He cited the West Africa power pool as one of the programs that is geared towards providing electricity for the sub-region including Sierra Leone, Guinea, Liberia among others.  The electrification lines will be passing through several chiefdoms including Kandu Leppia, Nongowa, Dama, Tunkia and others in the Kenema district.  Mr. Kabbah maintained that the affected communities for propose project will be compensated by the company that is implementing the West Africa electrification system.  He said the company has earmarked Gofor village in Dama chiefdom as the power station few kilometers from the centre of Kenema city.

Mr. Kabbah also revealed to media practitioners about the solar energy electrification of major streets and other public institutions and offices in Kenema city.  He went further to name some institutions that will be the beneficiaries of the solar electrification which include; major streets in Kenema city, Eastern Polytechnic, Resident Minister’s office, State Lodge in Kenema, Military Brigade in Kenema, Regional Library and several secondary schools in the city among others. He however stressed that all these projects were bid to various contractors by the central Government and that council was only informed about them.