Corruption has a devastating impact on the economy and the society and that is why Islam strictly prohibits bribery.
This is what the Hadith and the Qur’an have to say about it:

“God cursed the one who pays a bribe, the one who takes it and the mediator between the two”. Hadith

From reading the second hadith, it would be hypocritical of us not to speak of the corruption plaguing the majority of Arab-Muslims countries that represent 20% of the total Muslim community worldwide.

Ranking of corruption in Arab Muslim countries:
Although Islam strictly prohibits bribery, it is commonplace in most of these countries.
According to the reputable site Transparency.org which evaluates corruption in 183 countries each year, here is the result for 2011 and the listing of the Arab countries starting from the least corrupt:
Qatar is ranked #22, United Arab Emirates # 28 (which precedes Israel, Portugal and Spain); Bahrain #46, Oman #50, Kuwait #54, Jordan #56, Saudi Arabia #57, Tunisia #73, Morocco #80, Egypt and Algeria #112, Syria and Lebanon #134, Mauritania #143, Yemen #164, Lybia #168, Sudan #177, Iraq #175, Somalia #178.
We would like to add these three non-Arab countries which are at majority Muslims: Iran is ranked #120, Paskitan #134, Afganistan #180.
Palestine is not on the list because it is still not recognized as a state, but its leaders (former and actual) have diverted millions of dollars in donation money intended for their own people.

The Corruption starts at the highest level of these countries (particularly, those ranked 50 and above)…
On several occasions, foreign companies wishing to invest in some of these countries (which, would ease the unemployment rate) reported having to pay substantial bribes in order to win the contract to the highest authorities of these countries (which are installed in power for life) either directly to the presidency, to the monarchy or to the generals and colonels (for countries with authoritarian military).
… to the government employees:
In most of these countries, bribes are also common practice among state employees, from the customs at the borders, police officers… to the people in charge of delivering administrative documents. And when corruption affects the justice system, do not expect a fair trial.
Given that these Muslims (the corrupt ones) very well know that according to the hadith that God have cursed the one who pays a bribe, the one who takes it and the mediator between the two, here is the phrase they use when paying a bribe: “Consider this as a gift.”
Do they really believe that God does not know the contents of their hearts or what their intentions are? While God says in the Qur’an: ” You shall observe God; God is fully aware of the innermost thoughts”. Qur’an 5:7
And in case they did not know what being cursed means (as described in the hadith):
The curse is a state of calamity insured by God that the cursed person will not receive mercy or forgiveness from God and will be banished from entering Paradise as was Satan when he was cursed and ordered out of paradise forever.
Remedy:
Muslims should in no way contribute to the propagation of this disease, by active or passive actions, or by their complicit silence. Corruption is an evil that must be fought by refusing to give or receive and by reporting it.
Imams in these countries have an obligation and should talk more often about it.

Note: It is our duty as Muslims to denounce evil and at the same time we should always be aware not to generalize the bad behavior of some individuals with the majority and we should never associate Islam to them. 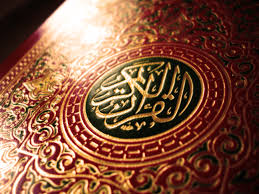