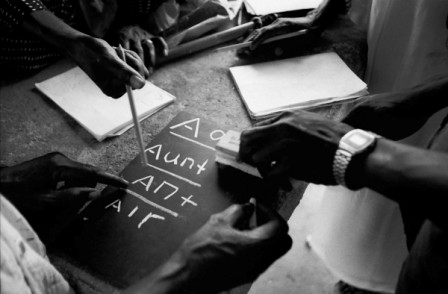 A group of concerned elderly persons and senior citizens in the Western Urban area have expressed serious concern to government in addressing their needs for active participation in the decision making of the country.

Many expressed they feel they are not part of the process to administer their civic responsibility to have stake in the decision making of the government.

Talking to this medium, at his 28 Goderich Street office in Freetown, Alhaji Issa Kanu who doubles as Chairman of Gold and Diamond Dealers and Concern Citizen S/Leone said they are dissatisfied with government for having neglected them out of governmental process.  He noted though the bulk of them are illiterate that in itself should not debar them from contributing saliently to the nation’s progress.

He disclosed that the illiterate people in Sierra Leone form the greater number of the population and they produce a greater percentage of the vote that elected the president into office.

He goes on to appeal to the Ministry of Information to create a forum which will serve as a springboard for them to air issues bothering them, adding that Government should create an interpretive link in local languages as most government issues are done in English. Saying it is also enshrined in the laws of the nation over one’s right of information, concluding that when a man is not informed, he is deformed and will cease to perform.

By Mohamed B. Bangura