It is disappointing to note that the free health care facility at the Princess Christian Maternity Hospital (PCMH), locally called Cottage, is being seriously undermined by some unscrupulous health workers, principally the nurses at the antenatal care unit of the hospital.

Report reaching SEM speaks of unethical conduct on the part of the nurses who sell their services to pregnant women, lactating mothers and under-5s. Sources say instead of providing the services free of cost, the nurses will instead demand a fee for every treatment meant for the intended beneficiaries.

When confronted with the allegation of charging patients for every treatment they give to their patients, a woman simply called Nurse Patricia at the Immunization Centre told SEM that the money they receive from these patients is what she referred to as ‘ajo’. She denied demanding money but added she leaves home very early in the morning to attend to patients in time. “Sometimes I don’t eat anything before leaving my house. So it’s just small ajo I ask from them for me to eat something,” Nurse Patricia explained.

However, a pregnant woman who has gone through the ordeal in the hands of the nurses told SEM that the nurses do not cajole the patients before they part with their money but instead force them to do so.

“If you don’t give them money they will not immunize you,” the woman said, adding “if you don’t pay you will not get the marklate. They do not care to know your status, that is, whether you have money or not.”

She also spoke of the embarrassment and humiliation the nurses subject them to each time they turn up at the hospital for routine vaccination. “They do not only compel us to give them money but they also specify the amount of ‘ajo’ one should give them,” the pregnant woman lamented. “They don’t accept anything below Le1,000,” she added, saying “If you give them Le500 coin they will throw it at your face.”

Sources close to PCMH disclosed that the ‘ajo’ giving has resulted into serious confrontation between the nurses on the one hand and the free health care beneficiaries.

A pregnant woman, Mary Tamba, recalled her first visit for antenatal care at the PCMH. “I have to pay money at every table I passed through that day,” she explained to SEM.   She said at the laboratory where they do blood or other specimen tests, the story is equally a sad one.

“If you don’t arrive there before 7 a.m., be sure that you will not get treated that day,” she said. Mary said the nurses make sure they create a situation whereby they can extort money from the poor.

She said the collection of “ajo” at PCMH is doing more harm than good to the free healthcare programme initiated by His Excellency, the President. “This state of affairs at PCMH require the full attention of the President, the Minister of Health and the Health for All Coalition for swift action to stop this disgraceful act by some of our nurses,” she pleaded. 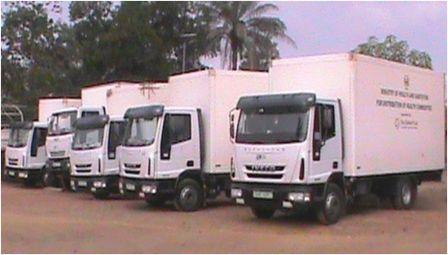