Afri Radio will not put radio stations out of business 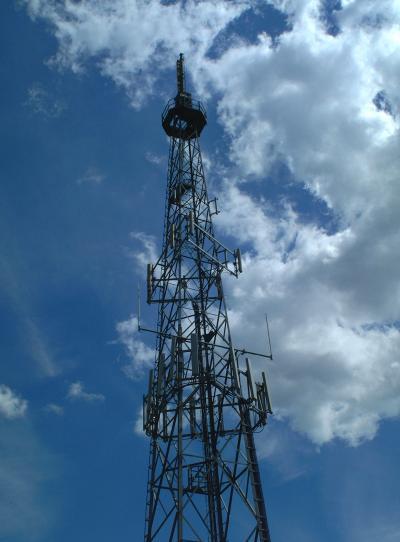 Afri Radio will not put radio stations out of business

Arthur Bockarie Kallon, Africell Head of Events and Sponsorship has insisted that the Africa Media Group radio is in no way going to put radio station out of business and has not even got that capability. He said the Africell Management has followed with keen interest the debacle but is not worried as every individual has his/her interest.

To allay the fears of radio stations, the company has just recently signed an MOU with 22 radio stations for power supply and monthly subvention with or without airing the company’s promotions.

Some  media houses have also been following the debate in both the electronic and print media on the issue of Afri Radio – an affiliate of Africell Sierra Leone, operating in Sierra Leone despite management haven gone through the appropriate channels to own and operate a radio station.

While some argue that Afri radio should not be allowed to operate, others are of the opinion that it should, because the company has gone through the normal procedure. “The whole issue is because radio stations will no longer get advertisement from Africell as is the case. The argument is not on legality but on survival and the refusal to allow competition. As there is no clause in the IMC that forbids the company from owning a radio station,” a legal practitioner asserted.

He went on “though  silent for a while , I am of the opinion that Afri Radio has every right to operate in this our beloved land where media owners are afraid of stiff competition especially when it comes to staff welfare and advertisement.”

An Africell subscriber lauded the GSM Company which he described as always   determined to give Sierra Leoneans from the profit it has incurred by donating and offering promotions. Why would someone cry foul for the existence of another radio station whilst we are in the age of competition. Is this not an opportunity to ensure quality? Other radio stations came less than five years ago but have attracted the widest listenership because of their coverage and news contents. Those media houses that do not want to expand will run thin, they will not attract advertisers; this is the story. Granted that the company is not Sierra Leonean owned but it has employed locals and the radio station will employ more. The company is exploring Sierra Leonean expertise in very high profile positions.

The company has attracted felicitations from its valued customers as being the poor man’s friend. It has abide to its Corporate Social Responsibility, so if it wants to expand why not? As journalists we should not be talking of nationalities but issues. If a Lebanese opens a company and employs locals you should commend him. What have you done for Sierra Leone? How many people do you employ in your radio stations and how much you pay them is your contribution to the country. This country wants to expand   and we cannot afford to continue to be at the back. Sierra Leone operates in a liberal economy afterwards why should a single individual operates a pharmacy, owns a radio station and deals in cement. Why also should whole sale traders also retail their goods? The laws of Ghana are far different from Sierra Leone.

Recently the National Disk Jockeys Union (NDJU) commended Africell for its unflinching support towards their award ceremony at the National Stadium main bowl during which ceremony the company provided them with power supply, free air time amongst other logistical support for the success of the ceremony.

Ibrahim Kalokoh, aka DJ Kalos, President of the union acclaimed the company for its support on behalf of his colleagues as Afri Radio was the only radio station that gave free air time which was extremely good for them.

President Ernest Bai Koroma has by law given mandate to the Independent Media Commission (IMC), which I believe is governed by credible persons and is not for him to tell them what to do. It is not his duty to act on the contrary just because few individuals have raise eyebrows for their selfish gains. When Mercury opens a radio station there was no hue and cry, when a certain mining company opens two newspapers and a radio station using a pseudo name  there was no alarm, then why the alarm on Afri Radio? This is the information age and we cannot do without it. The age of monopoly in the media is gone.

Abdul Aziz Gabizi, Administrative Director of Africell Sierra Leone, recently explained to media practitioners that the opening of Afri Radio noting amongst others that it took the company two years going   through the entire process of registration amidst bottle necks and bumpy roads.  In the end haven provided and satisfied all what was needed the license was granted. Why someone would hypnotize that the IMC was pressurized into issuing the license why? Why would someone also drag the name is the National Telecommunications Commission (NATCOM) into the mud? This has never been the case for other radio stations.

The Africell Management has also made it categorically clear that Afri Radio is not in the business of disseminating information or to compete for advertisements from other companies laying to rest the fear coming from some of the ‘MEDIA OWNERS’ and the Company has also assured that it would continue to do business with its media partners as is the case. The Afri Radio’s programmes  will be centered on development and human interest issues including healthcare, culture, environment, food security, sports to name a few.. It will also feature local traditional and African music, comedy and motivational shows and not ADVERTORIALS.

As Sierra Leoneans, let us give Afri Radio a chance to prove their mettle and let us encourage other institutions to invest in the media industry as that will bring about competition in the business and perhaps better and attractive salaries for workers.