Sierra Leone – No longer the Athens of West Africa 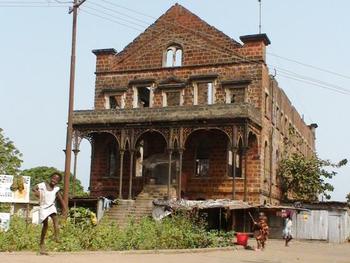 Sierra Leone – No longer the Athens of West Africa

History tells us that Sierra Leone was once called the ‘Athens of West Africa’, a title she earned from her distinguished and globally recognized academic performance.  This country still carries the credit of producing prominent and universally accredited academics such as, Davidson Nicol, John Karefa Smart, Eldred Jones, Joe A.D.Alie, and James Jonah, to name a few.

The country still has the pride of having the first secondary school and the first college in the West African sub region, the CMS Grammar School and Fourah Bay College respectively.

Nowadays, our educational system has taken a u-turn as standards have dramatically declined from hero to zero, from grace to grass, evidenced by the perpetual mass failure of pupils in BECE, WASCE and other public examinations. Sierra Leone’s progressively retrogressive educational standard tempts me to believe that she is no longer the Athens of West Africa but is now at the perigee of education in the sub region.  Indeed, an academic catastrophe has befallen this nation, but what or who is to blame for our academic tragedy? This is the big question we must answer if we are to get out of the academic mess.

I am inclined to believe that the commercialization of our education at primary, secondary and tertiary levels has contributed immensely to the notoriously appalling standards. Economically starved and consequently money-hungry teachers and lecturers have resorted to the indecent, unprofessional, unpatriotic and destructive habit of selling grades to top up their salaries to make ends meet.

The economic starvation of primary schools caused by the irregular and intermittent payment of woefully insufficient subsidies has rendered primary education ineffective, a situation that is having a negative spill-over effect on secondary and tertiary education. The aforementioned problems have been compounded by the mass non-recruitment of teachers and the consequent shortage of trained and qualified in many schools, especially those in the remote areas.

In conclusion, I recommend that government must move heaven and earth to solve the above problems; otherwise, our educational standard will keep on deteriorating.