Homepages
Your trusted place for Sierra Leone and global news
Trending News
HomeFeaturedRacism for sale: There is always a price tag

Racism for sale: There is always a price tag

Racism for sale: There is always a price tag

It is that time of the year of our Lord to do good deeds. It is the season of plenty and the annual festival of consumerism with reckless abandon has been declared open. Far from its biblical concept and inherent connotations, the Christmas festival has been hijacked, once again by the worst excesses that mankind can offer. At this time of the year, the favourite colour is red and the watch word is “SALE”.  The football world will be back in business. In the next two weeks, the world of football will declare its annual bazaar which will subject us to seeing obscene amounts of money splashed on players; for the use of their hind limbs in a rectangular piece of greenery. And if the player is adept at diving as a requirement for person specification, then the premium will shoot up. But if you think that that is obscene; especially against the background of tough economic times, spare a thought for UEAF’s obscene token gesture of their efforts to tackle “RACISM” in football.  (Photo: Abdulai Mansaray, author)

In the recent match between the England and Serbian under 21 teams, we all saw how a young and budding footballer Danny Rose, whose life ambition among others, is to play football and represent his country on the biggest stage in world football, was reduced to tears by vile and unpronounceable racist chants from the Serbian contingent. Many saw this behaviour as the watershed that will mark the beginning of tackling racism seriously. Since that event on that fateful night, there have been other serious incidents of racist behaviour in UK as well. Danny Wellbeck of Manchester United was also subjected to monkey gestures when Manchester United and Chelsea played at Stamford Bridge this year. That was coming hot on the heels of the then ongoing racism saga involving Antoine Ferdinand and John Terry of QPR and Chelsea respectively. The outcome of the police investigation is an open secret.

UEFA, last night handed an almighty £65,000 fine to the Serbian football authorities, and ordered the team to play one match behind “closed doors” for the racist incident that took place in Krusevac in October. To add insult to injury, it banned two English players for their trouble. Compare that to Nicklas Bendtner’s fine of £80,000 fine, for upsetting UEFA’s paymaster (sponsors) by showing the logo of a betting firm on his underwear. Last night, the police in England, on the “advice” of the Crown Prosecution Service decided that the Chelsea fan that was caught making alleged  “monkey gestures “on CCTV, “had no case to answer”.  The Chelsea fan was not making monkey gestures. He just felt a double itch on the sides of his abdomen and decided to scratch them simultaneously; yea right and my post code is on Mars.

Talk about coincidences and ironies. The outrage that has followed UEFA’s latest hollowed attempt at tackling racism cannot be overemphasised here. On hearing the news about the fine, my first inkling was to pay a visit to UEFA’s official website, in a bid to gauge its temperature; and this is what I found:

The UEFA Champions League and UEFA Europa League’s match day 3 will contribute to the fight against all forms of discrimination in football stadiums throughout the continent as UEFA gives its full support to Europe’s biggest anti-discrimination campaign – the FARE Action Weeks.

“UEFA is committed to tackling discrimination in football and we encourage football fans to join us in our efforts to value respect for players, officials, opponents and fellow supporters of all nationalities, religious backgrounds, sexual orientation and ethnic origins. For over 10 years we have worked alongside the FARE network and will continue to strive towards unity in football”, said UEFA President Michel Platini in support of the campaign.

Forty matches across UEFA’s prestigious club competitions on 23-25 October 2012 will reinstate UEFA’s commitment to ensuring that European football is free of racism, intolerance and xenophobia through a series of activities which will be witnessed by thousands of fans in the stadiums and millions more on television. A 30-second RESPECT TV spot played on the stadiums’ giant screens and special announcements made on stadium loudspeakers will encourage fans to join the UEFA family in its call to unite against racism in football. Every team will also be accompanied onto the pitch by children wearing “Unite against Racism” T-shirts and the captains will be asked to wear a “Unite against Racism” branded armband.

The executive director of FARE, Piara Powar, said: “The FARE Action Weeks have become one of the largest social message activities in sport, with involvement from the smallest community groups to some of the biggest clubs in Europe through the UEFA Champions League and UEFA Europa League. The theme of ‘Football People’ reflects the message of unity and inclusiveness that sums up our objectives during this period. UEFA’s support has been vital in getting our message across to a global football audience.

Well actually, we have got the message loud and clear: that racism is for sale. That if you can afford the money, you can be racist on the football scene as much as you like. Who does UEFA think they are kidding? As for Serbia, their behaviour comes as little surprise to many, as one of the lasting contributions to humanity is the addition of “Ethnic Cleansing” to the world of lexicography.

I sympathised with Jason Roberts but did not agree with him to boycott the “KICK it out” campaign against racism at the time. It is now easy to see where he was coming from. I believe that the only way racism can be dealt with in football is by linking it to other forms of discrimination. Tackling racism in football will only address the issues of a minority, which can only end up in the “minority report” (sorry Tom Cruise). Racism in football should be tackled as part of the overall fight against discrimination in all its forms. For the fight against racism in football to succeed, it must come under the umbrella of other discriminatory drives like anti-gay, disability etc. Until then, fans will continue to have double itches on the sides of their abdomen; and I can’t see an anti-scratching law to outlaw that.

May the last fan please turn the floodlights off before they leave? 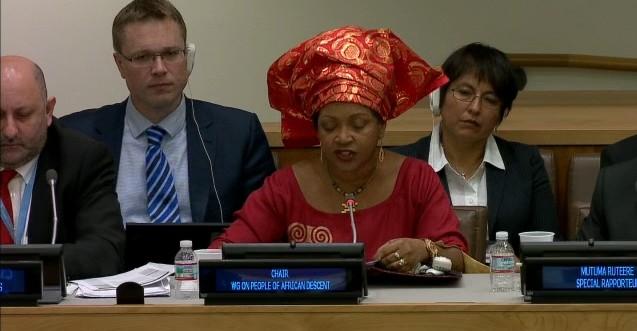 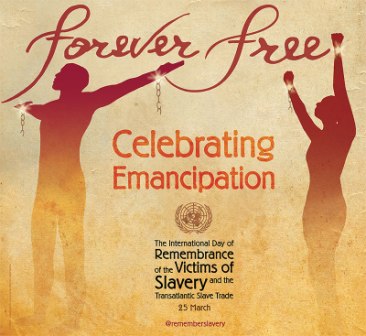