Moisa Sallu Keikura, Labour Officer in the Ministry of Labour and Social Security has decided to go the extra-mile in unifying musicians and Disc Jockeys (DJs) nationwide.

The Labour Officer is calling for the support of government and stakeholders because according to him musicians and DJs have reduced the unending unemployment by exploring their talents.

He said politicians have benefitted a lot  from musicians because during their rallies the play music that captivate the minds of their supporters because  the songs carry meaningful messages in them.

The Labour Officer’s move is as a result of the clarion call by President Dr. Ernest Bai Koroma for all to join hands in building Sierra Leone in different ways in line with the ‘Agenda for Prosperity’.

His move has been widely acclaimed by musicians and DJs who have been longing for such an opportunity because without unity not much could be gained from the proceeds of their labour.

The Labour Officer   disclosed to this  reporter that this move for unity is important because it will put into a halt the many ills that faced the music industry like piracy, breach of contract by managers and the unauthorized used of the sounds of musicians, adding, “it is most disheartening for someone to reap from someone’s labour and this is exactly what local musicians have been going through.”

He said it is also disheartening that DJs and Cassette sellers who are supposed to promote artists connived with other unscrupulous businesspersons to destroy artists.

Moisa Sallu Keikura further stated that this will in no way affect his official capacity because it also falls within his domain and is all done in an effort to promote the music industry, one of the sources of self employment.

He called for government and other stakeholders support and as well as musicians who may want to misinterpret him wrongly, stating   “that it is in the best interest of all, although DJs and Musicians are already members of unions but without peace between the two little could be realized through their messages of peace and unity. He acknowledged the   role DJs play which he said is pivotal role through their radios and entertainment centers. “Nigerian music for instance is promoted by their brothers and sisters because they are united so the same could be done in Sierra Leone.” 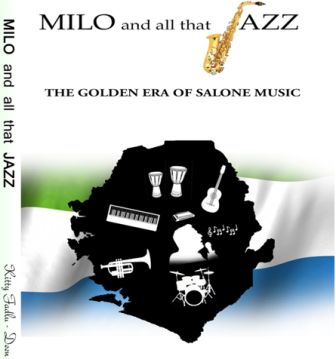 Milo and All that Jazz