ADDIS ABABA, Ethiopia, October 23, 2012/ — The 8th African Development Forum (ADF VIII) opened in Addis Ababa, Ethiopia, on Monday with a call on African countries to harness their huge natural resources for the benefit of their growing populations.

Addressing participants at the opening ceremony, the African Development Bank (AfDB) (http://www.afdb.org) Group Operations Vice President, Aly Abou-Sabba, noted that Africa was now in a position where it should be using its natural resources for accelerated wealth creation to bring about socio-economic transformation.

Speaking on behalf of AfDB President Donald Kaberuka, Mr. Abou-Sabaa said that Africa is home to some of the world’s largest deposits of oil and gas, gold reserves and strategic minerals, such as uranium, cobalt and bauxite, and has an undeniable comparative advantage in natural resources.

“The challenge for the continent is how to govern and harness this rich pool of natural resources to achieve a broad-based growth,” he said.

Mr. Abou-Sabaa outlined three critical factors that must be in place for the continent to shift from being “resource cursed” to “resource blessed”: 1) Promoting responsible investment for broad-based growth; 2) Strengthening governance for enhanced transparency and accountability; and 3) Building capable and responsive states for human development and economic effectiveness.

Speaking earlier, the new Executive Secretary of the UN Economic Commission for Africa (UNECA), Carlos Lopes, noted that Africa accounts for three quarters of the world’s platinum supply, half of the diamond and chromium, and one fifth of global gold deposits.

The continent is also a major supplier of cobalt, copper, iron and coal, and home to 60 per cent of the world’s uncultivated arable land.

Despite such wealth, Africa neither consumes its minerals nor adds value to them before exporting them. It has high potential to feed the growing global population, but can hardly feed it population because of underdeveloped agriculture that results in low crop yields, he said.

Mr. Lopes recounted how outsiders continue to reap enormous benefits from Africa’s resources, citing the case of Glenocore, a Swiss company that mainly operates in the Democratic Republic of Congo and whose assets are worth more than those of the country where it operates. Glenocore is currently negotiating a deal with another Swiss company, Xstrata, to “create a $70 billion dollar mining powerhouse,” he said.

All the inputs of the mining companies are imported, he added, and nearly all outputs are exported without processing; while the most important tasks are performed by expatriate labour.

According to Mr. Lopes, illegal fishing costs Africa US $629 million annually, which can cover the infrastructure funding gap of a country like Mozambique. The revenue lost from illegal fishing on the waters of Somalia alone could have funded the country’s UN coordinated development programme for 2011.

The last 10 years have witnessed a phenomenal rise in commodity prices in which African countries benefitted the least, he said, noting that average net profits for the top 10 global mining companies grew by 156 per cent in 2010, whereas the take for governments grew by only 60 per cent, most of which were accounted for by Australia and Canada.

Illicit financial flows from Africa, mainly from the extractive sector, also amounted to $50 billion a year, he told participants.

Given the state of affairs, Mr. Lopes said it is imperative that African countries exercise greater strategic control over their natural resources.

For her part, the African Union Commission Chair, Nkosazana Dlamini Zuma, raised several questions concerning Africa’s wealth and development paradox that the forum should consider, in addition to formulating ways and means of tackling them.

“Africa is today, among the fastest-growing regions in the world. How come the growth is not generating enough jobs for our people, especially the youth? How come the jobs our people have are low-level and poorly paid?” she said.

In his intervention, Ethiopia’s Industry Minister, Mekonnen Manyazewal, suggested that Africa needed a developmental state and transformational leadership to effectively govern and harness its natural resources.

The Forum, which runs from October 23-25, 2012, is on the theme, “Governing and Harnessing Natural Resources for Africa’s Development”.

The ADF, a UNECA flagship biennial event, is convened in collaboration with the AU Commission, AfDB and other key partners to establish an African-driven development agenda that reflects consensus and leads to specific programmes for implementation. It is attended by a large number of participants including Heads of State and Government, African member state policy-makers, development partners, other United Nations agencies, intergovernmental and non-governmental organizations (IGOs/NGOs), academia, practitioners, civil society organizations (CSOs), the private sector, eminent policy and opinion leaders and other concerned stakeholders. 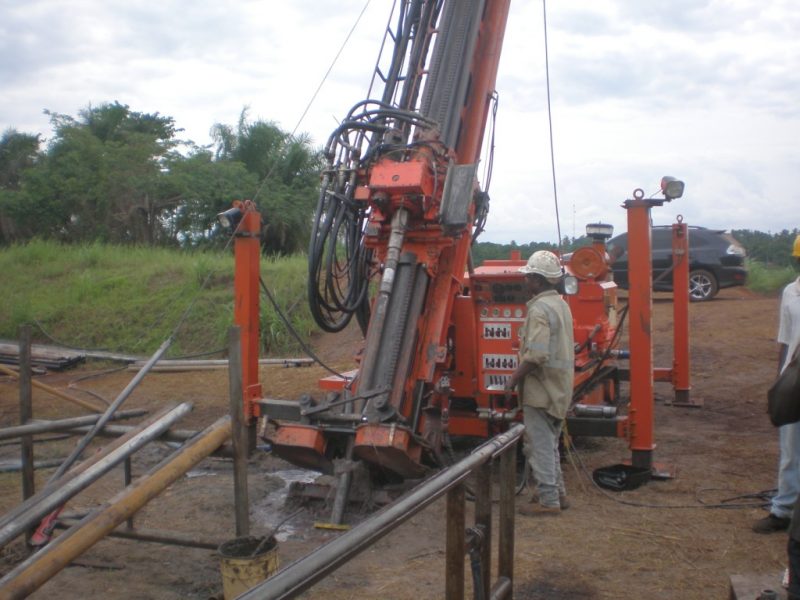 As Parliament approves Kangaroo Mining A...