Days before Facebook became a public company on 18 May, the hype behind the social network giant went into overdrive. Investors salivated over a rare chance to make quick profits. The 900 million plus fans who had turned Facebook into a global giant wondered publicly what was in it for them.

In the event, Facebook’s crowning achievement as a public company was an anticlimax — and even almost turned into a disaster. Yet the flotation showed the twin power of stock markets: an ability to raise capital for business expansion (a massive $16 billion for Facebook), along with a potential to destabilize economies.

With African stock exchanges becoming important sources of investment capital for large corporations, Facebook’s experience has revived the debate on whether exchanges are capable of promoting economic growth. If such practices could happen on the world’s biggest exchanges, critics ask, how can Africa’s fragile economies withstand the whims of markets?

As European economies struggle with a debt crisis and sluggish growth expected in the US and elsewhere, investors are eying Africa as the next frontier thanks to a surging economy and positive growth estimates. Indeed, Africa “could be on the brink of an economic take-off, much like China was 30 years ago, and India 20 years ago,” says the World Bank.

This year, sub-Saharan Africa’s economy is forecast to expand by 5.9 per cent, ahead of North Africa’s growth of 4.2 per cent, according to the International Monetary Fund (IMF). Seven African countries are expected to be among the 10 fastest-growing economies in the world for the period 2011-2015. Perceptions of Africa among investors “are becoming more distinctly positive over the long-term horizon,” says Ernst & Young, a global business consultancy company, in its 2011 Africa Attractiveness Survey, with capital investments there set to reach $150 billion by 2015.

The World Bank reckons that investors looking for opportunities in Africa can expect “some of the highest investment returns in the world.” InvestingInAfrica.net, a website that monitors African stock markets, reports that as of May 2012, six stock markets (Kenya, Mauritius, Namibia, South Africa, Uganda and Zambia) had three-year returns of at least 27 per cent in dollar terms. Zambia topped the chart with a whopping 57 per cent, thanks to a growing economy boosted by rising commodity prices. It was still up 18.3 per cent last year when Africa’s stock market was hit with the global recession.

Today, there are 23 stock exchanges in Africa, up from 18 a decade ago. The newest is the Rwanda Stock Exchange, which officially opened its doors to the public about three years ago.

Markets are too small

Except for the Johannesburg Stock Exchange (JSE), the continent’s biggest in terms of the number of listed companies and market value, African stock markets are still small and often dominated by a handful of large corporations. For example, the conglomerate Dangote Group makes up about 30 per cent of the Nigerian Stock Exchange. Trading in shares is less frequent, and when it happens, it is usually limited to a few firms. Many do not have access to reliable and up-to-date information technology; in some, trading is done manually. Lack of liquidity is a major weakness, and in many cases, the general public does not have confidence in the integrity of stock exchanges.

These problems, many of them deep-seated, cannot be fixed overnight. They require time and resources. Nor are they the only weak spots — institutional flaws are equally harmful.

“The destabilizing effects of introducing stock markets into economies with underdeveloped legal, regulatory and monetary systems can produce economic instability that outweighs potential gains,” noted Michel Isimbabi in a research paper on African stock markets. Without these safeguards, critics charge, traders could use stock markets to gamble and speculate.

Yet Isimbabi’s study, published in the US-based Johns Hopkins University’s SAIS Review, concluded that notwithstanding these criticisms, there is strong evidence that a stock market can be an essential part of a developing economy. A number of studies by the IMF also arrived at the same conclusion: if supported by the right policies and reforms, stock markets can help African companies expand operations, in turn contributing to economic growth.

Luckily, environments favourable to the growth of stock exchanges are beginning to take root in Africa. Political stability now exists in many countries — despite recent setbacks in Mali and Guinea-Bissau — even in post-conflict countries like Liberia, Sierra Leone and Côte d’Ivoire. In its latest survey, the Mo Ibrahim Foundation, a group that supports good governance in Africa, says that “political stability in sub-Saharan Africa has dramatically improved in recent years.”

Sound economic policies and accountable institutions too are a must. Along with political stability, the World Bank’s 2012 Global Economic Prospects report attributes increased investment flows to Africa to higher commodity prices and improved macroeconomic stability. Rwanda, for instance, is now one of Africa’s fastest-growing economies, thanks to its pro-business policies and a positive investment climate. South Africa — and to some extent Kenya — has a long history of investor-friendly policies. And the continent’s sleeping giant, Nigeria, even in the face of current bombings by the Boko Haram group, is gradually getting its act together, guided by reformist finance minister and former World Bank managing director Ngozi Okonjo-Iweala.

In contrast, countries with high levels of risk, such as weak investment laws or lack of respect for property rights, have learned the hard way. Zimbabwe comes to mind. Uncertainty over the direction of its economic policies has seen the Zimbabwe Stock Exchange — once one of Africa’s biggest and most active — shrink in both size and value.

The small size of African stock markets and the absence of liquidity are often cited by foreign investors as the major impediments to investing in the region. Experts have recommended merging them into regional exchanges as one solution. “A regional exchange should mean more liquidity — the lifeblood of exchanges — by making stocks available to a wider range of investors,” argues The Economist, a British weekly magazine.

But so far, there has been little progress on regional integration. Cooperation among exchanges is still limited to technical and regulatory issues. The modest market value and size of Africa’s two regional stock exchanges — one made up of five countries in Central Africa and the other representing eight in West Africa, with both sharing common currencies — limit their attraction to investors.

The most recent attempt towards regional integration is last year’s partnership agreement between FTSE, the British stock market index, and 16 of the 22 members of the African Securities Exchanges Association (ASEA) to launch the FTSE-ASEA Pan Africa Index in 2012. “The index will help to improve the visibility of African stocks and also provides an opportunity for investors to access African equities,” Siobhan Cleary, the JSE director of strategy and public policy, said in response to questions from Africa Renewal.

Even with obvious rewards such as a bigger market size, low costs and more liquidity, the conditions for regional integration are yet to mature. According to financial experts, progress would require African countries to harmonize their trading laws and accounting standards, set up convertible currencies and establish free trade among members. Also, nationalism still plays a part: countries tend to treat stock markets as national symbols and therefore are not rushing to relinquish control.

True, stock exchanges are not the only entry for investors to buy into African companies, nor are they so far fully up to the task. Yet with the right policies and incentives, African countries can encourage the growth of their stock exchanges to become important vehicles for future Facebooks to raise capital for business expansion.

‘Increasing yields is only the fir... 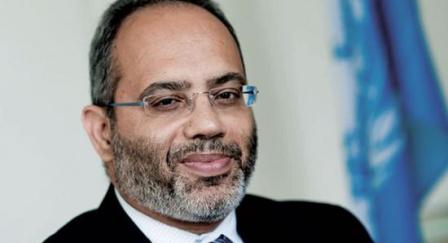 Most African countries will be middle in...