New York City – During the 67th Session of the United Nations, (September 18 – 20), Heads of States, Foreign Ministers, Ambassadors and others have been invited by South African Arts International, Ltd. (USA) to pay homage to the ancestors in lower Manhattan.  (Photo Handout: Victor Mooney lays on a grave during a naming ceremony at the African Burial Ground in Lower Manhattan)

At the African Burial Ground Visitor Center, located adjacent to the Ted Weiss Federal Building at 290 Broadway, the National Park Service will coordinate tours of current exhibits for dignitaries. On September 22, the children of the Diaspora and others will release the wreaths into the Atlantic Ocean as a memorial.

The African Burial Ground in Lower Manhattan represents the important role and major contribution that enslaved African men, women, and children made to the economy, development, and culture of America, both in the South and North.  The Rites of Ancestral Return commemorative ceremony, which began with an Evening Departure Ceremony at Howard University, documented and celebrated the contribution of African Americans as the ancestral remains from the African Burial Ground were returned from Washington, D.C., to New York City.  The remains were given a permanent resting-place at the African Burial Ground Memorial Site on October 4, 2003.

Later this year, South African Arts International, executive director, Victor Mooney will make his fourth bid and row “the Spirit of Malabo” from the Canary Islands to New York City for an AIDS-free generation.

“Only the strongest (of his African ancestors) survived the arduous task of crossing the Atlantic Ocean,” said Mooney. “I’m determined with the fathers’ blessing to complete this mission. We also will raise funds and awareness for the Permanent Memorial at United Nations In Honor of the Victims of Slavery and the Transatlantic Slave Trade”, Mooney added.

For the latest news, visit http://www.goreechallenge.com. 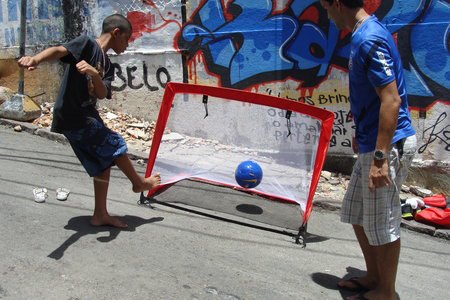